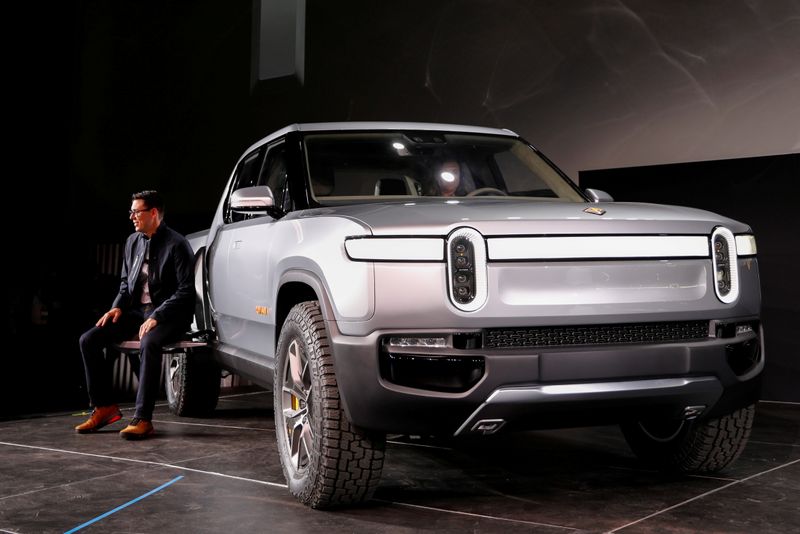 “While it’s early in an evolving process, Rivian is exploring locations for a second U.S. manufacturing facility,” Rivian spokeswoman Amy Mast said on Thursday. She declined to provide further details.

Multiple U.S. states have bid for the plant – dubbed “Project Tera” in documents – which will be announced in a couple of months and break ground early next year, said the sources, who asked not to be identified. The timing could still change given the coronavirus pandemic, which has already delayed the planned announcement from the summer, the sources said.

“We look forward to working with a supportive, technology-forward community in order to create a partnership as strong as the one we have with Normal,” Mast said.

The typical cost of a new vehicle assembly plant at present is $1 billion or more, while a battery cell production factory is at least $2 billion. Other automakers have partnered with battery manufacturers on cell production. Samsung (KS:) SDI Co supplies battery cells to Rivian.

Automakers are racing to develop EVs as China, Europe and other countries and regions mandate lower carbon emissions. In the United States, traditional carmakers like General Motors Co (NYSE:) and Ford Motor (NYSE:) Co are retrofitting plants for EV production, while Tesla (NASDAQ:) Inc, Taiwanese contract manufacturer Foxconn, and startups including Lucid and Canoo have existing plants or are adding them.

California-based Rivian, also backed by Ford and T. Rowe Price, aims to compete when it rolls out its R1T pickup and R1S SUV, as well as a delivery van for Amazon. Rivian will seek a valuation of well over $50 billion in a potential public listing later this year, according to another source familiar with the matter.

Rivian, which has raised $8 billion since the start of 2019, had a valuation of $27.6 billion in January after a $2.65 billion investment round led by T. Rowe Price. Other investors in Rivian include Soros Fund Management, Fidelity, BlackRock Inc (NYSE:) and Saudi auto distributor Abdul Latif Jameel Co (ALJ).

2021 has been tough for Rivian, however, as Chief Executive R.J. Scaringe said in a letter to customers last week that COVID-19 had delayed the launch of its vehicles. The first deliveries of the R1T, previously slated for July, were pushed to September, while the R1S was delayed to the fall.

A second U.S. plant will expand the company’s capacity and include a 50 gigawatt-hour (GWh) battery cell production operation built in phases, as well as a product and technology center, according to documents seen by Reuters that were submitted to state economic development officials. While the documents did not mention Rivian, sources told Reuters that Tera and Rivian were one and the same.

The proposal listed spring 2021 as the period in which states would be notified of the company’s decision, with “mobilization” likely in the summer, and then the start of construction in the fall. However, the pandemic has delayed that timeline, the sources said.

The project requires an estimated 2,000 acres of land and the site would seek to achieve net-zero carbon emissions as soon as possible, according to the proposal.