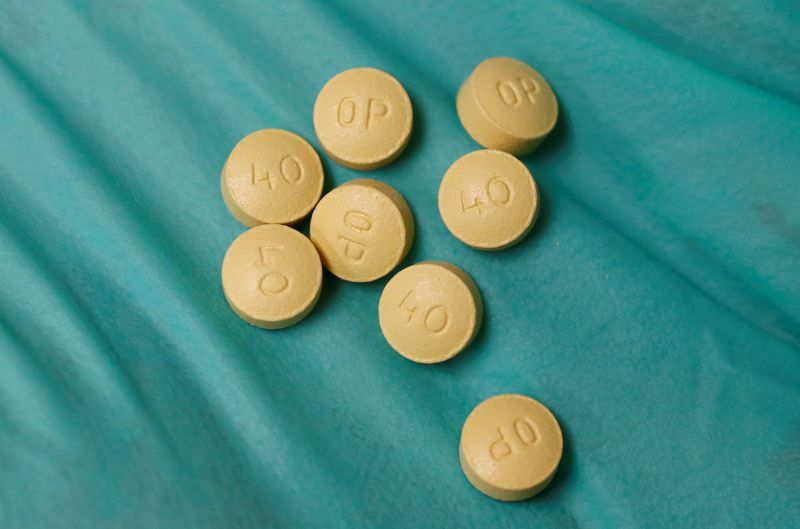 (Reuters) – Endo International (NASDAQ:) Plc has agreed to pay $35 million to settle a lawsuit by Tennessee local governments and on behalf of a child allegedly born addicted to painkillers accusing the drugmaker of fueling the opioid epidemic, the company announced Thursday.

The settlement came just days before the case was set to go to trial to decide damages, in which plaintiffs were expected to seek $2.4 billion. A judge had previously ruled Endo liable as a penalty for failing to hand over evidence.

Endo shares had jumped about 25% on Tuesday after local government officials revealed that the drugmaker had made a settlement offer.

The lawsuit, which was filed in 2017, is being pursued by nine counties, 18 cities and a “Baby Doe” allegedly born with neonatal abstinence syndrome, which is caused by withdrawal after in-utero opioid exposure.

The plaintiffs alleged that Endo downplayed the risks of its painkiller Opana ER, which was pulled from the market in 2017 due to concerns about abuse. OxyContin maker Purdue Pharma and generic opioid maker Mallinckrodt (OTC:) Plc were also named as defendants in the case, but subsequently filed for bankruptcy, leaving Endo as the only active defendant.

Chancellor E.G. Moody of the Circuit Court for Sullivan County, who is overseeing the case, ruled in April that Endo and its lawyers engaged in a “coordinated strategy” to withhold evidence, including about opioid prescribers. He took the unusual step of entering judgment of liability against the company as a sanction, leaving only damages to be decided at trial.

Nearly 500,000 people died from opioid overdoses in the United States from 1999 to 2019, according to the U.S. Centers for Disease Control and Prevention. The CDC last week said provisional data showed that 2020 was a record year for overall drug overdose deaths with 93,331, up 29% from a year earlier.

The Tennessee case is among the more than 3,000 lawsuits, mostly by local governments, accusing drugmakers of falsely promoting opioids as safe and distributors and pharmacies of overlooking red flags that drugs were being diverted to illegal channels. The defendants have denied the claims.

Endo is not part of that deal, and is currently defending itself along with other drugmakers at trials in New York and California. The company in 2019 settled opioid claims by two Ohio counties for $10 million.

Glencore Boosts Outlook for Another Big Trading Profit This Year