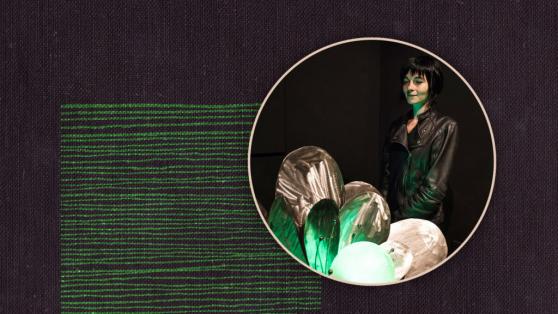 
Plantoid – a mechanical version of a plant which uses blockchain – uses beauty as a fundamental driving force. What is new is its ability to take beauty from its immaterial, idealistic realm and give it a purely evolutionary and reproductive function, a provocative contribution to the common logic of aesthetics. Instead of an ideal to be achieved, beauty becomes a tool for reproduction exposing our subservient, rather than transcendental relation to it.

Looking up to a New Renaissance

Plantoid stands out for its ability to fuse naturalism, art and technology in one single concept, a similarity to the cultural effervescence of the Renaissance.

In the period that took place between the 14th and 17th centuries, art, science and philosophy came together in Europe like they had never done before and perhaps, never since. Such an intense encounter of minds resulted not only in the advancement of the press, in the production of extraordinary art and major political and religious reforms but also in the consolidation of a bridge between the Middle Ages and Modernity.

During this era, artists saw a profound change in their role and status in society, which turned them into major players. Ideas of fame, genius and creativity that nowadays constitute our idea of the artist, came from the Renaissance, as artists started affirming their unique intellectual role in society and stepping away from the craftsman status they had before the Renaissance.

As the current generation looks up to blockchain as the potential enabler of a world without intermediaries, with stronger democracies, more financial freedom, reliable data and smarter, more transparent governance we may be facing a social revolution. But for such a revolution to go in the direction of human development all layers of society should be integrated towards this common goal and the artists will be summoned to play their fundamental role of integrating past and present to reach out into the future.

As it happened in the Renaissance, artists of our time will also be expected to incorporate tech skills in order to produce art that is relevant, moving and extraordinary.

Works of art, such as Plantoid, illustrate new technological concepts and make them accessible and concrete to the population, so that people from different walks of life can understand, and contribute to these developments.

Other works of art will critically challenge assumptions and paradigms that are being created around new concepts such as blockchain. Surely we can expect that art’s boundary with technology, science and engineering will dissolve ever more impressively in our century.

Art will be the very change that it announces, and can become the vehicle that drives society from its current state into a new era in which blockchain is one of the elements that transform every layer of our social and economical relations.

This is the second part of a two-part article. You can read the first part here.