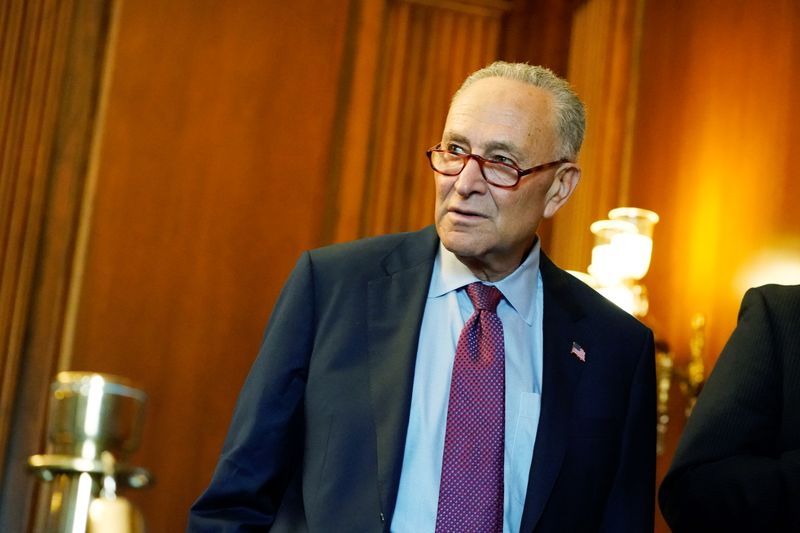 Weeks after senators from both parties reached agreement on the outline of a bill https://www.reuters.com/world/us/whats-us-senates-12-trillion-infrastructure-plan-2021-06-24 to rebuild roads, bridges, ports and other infrastructure, Schumer sought to start floor debate on the measure with a vote on a motion to proceed. The vote is scheduled for mid-afternoon, and Schumer said on Wednesday it would go ahead.

“We are now in the fourth week of negotiations since the bipartisan group of senators reached an agreement with the White House on an infrastructure framework,” Schumer told the Senate. “Senators should feel comfortable voting to move forward today.”

But Republicans who helped negotiate the bill said it was not ready, lacking a complete text, cost estimates and details on how to pay for it, which some Democrats say is a delaying tactic. Republicans have warned that if the vote takes place, they will vote “no” even if they support the broad infrastructure framework.

With the Senate split 50-50 on party lines, the bipartisan measure needs the support of at least 10 Republicans to garner the 60 votes required to advance under Senate rules.

A Democratic member of the bipartisan group, Senator Jon Tester, said negotiations continued Wednesday and could produce results by the afternoon.

Senator Mitt Romney, a Republican member of the bipartisan group, said he believed 10 or 12 Republicans would vote for starting debate next week if all the outstanding issues are resolved.

“(There’s) a couple of areas that are going to be worked on today and tomorrow, but I presume it’ll all be done by early next week, and we will have another vote I hope next week, and we’ll be able to proceed to the bill. We have enough Republicans that, you know 10 or 12 or more Republicans, that are supportive of going on the bill,” Romney told reporters.

It is unclear what would happen if debate on the plan is blocked by Wednesday’s vote, although Senate Republican leader Mitch McConnell has said that alone would not torpedo the effort, because the Senate could later reconsider.

McConnell mocked Schumer’s effort on Wednesday: “This stunt is set to fail.”

Some progressive Democrats are worried that Republicans are deliberately trying to drag out negotiations https://www.reuters.com/world/us/us-infrastructure-deal-teeters-after-republicans-reject-irs-funds-2021-07-20 on a measure they ultimately will not support.

“They’ve been killing time for months and at this point, I believe that it’s starting to get to a point where this bipartisan effort is seeming to serve less on investing in our infrastructure and serving more the end of just delaying action,” Representative Alexandria Ocasio-Cortez, a leading Democratic progressive, told reporters.

Biden has deemed the bipartisan infrastructure bill essential. But he also wants Congress to pass a separate $3.5 trillion budget initiative that includes climate change and social spending provisions that are anathema to most Republicans.

Democrats want to push the larger measure through Congress along party lines as soon as the bipartisan bill is finished.

Congress is also bracing for word on Wednesday of when the U.S. government is expected to run out of money to pay its bills, which will spark a new partisan fight over the debt limit https://www.reuters.com/world/us/every-time-its-messy-us-again-approaching-debt-ceiling-2021-07-21.

Schumer said his bid to launch debate on an unfinished bill was nothing unusual. Other Democrats said Schumer was simply trying to get control of the schedule after the bipartisan group spent weeks quibbling over details.