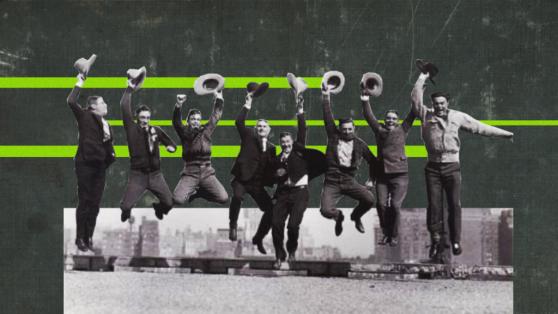 
Some people may think that non-fungible tokens (NFTs) are new to the crypto space, when in fact they’ve been around almost as long as .

The first use of NFTs dates back to 2012, with the development of color-coded Bitcoin. Each different color coin was linked to different software, with different capabilities and uses. For example, green coins could be programmed as currency, while purple Bitcoins could be linked to works of art.

Since then, NFTs were little more than novelties until they started gaining traction in 2017 at the launch of CrypoKitties and CryptoPunks, which are collections of digital trading cards. According to nonfungible.com, total NFT sales in 2017 topped $30 million globally. Annual adoption and sales continued to grow through the end of 2020, when NFTs exploded into the mainstream, exceeding $315 million in yearly sales – due in large part to the launch of the NBA’s “Top Shot” NFT website. Since 2020, some individual NFTs have sold for more than $50 million each.

In an exclusive interview with DailyCoin, Colin Platt, co-founder of Unifty claimed that there’s a need to make NFTs cheaper to create.

“Most NFTs are launched on . Ethereum gas is a big consideration. Right now, in July 2021, gas is relatively cheap – in the dollar range of high single digits to low double digits, which is quite reasonable. A few months ago, creating an NFT would cost you a minimum of a couple of hundred dollars. So, the first thing Unifty has done is we’re actually live and deployed in production on eight different blockchains.”
Platt says Unifty doesn’t make NFTs, it makes NFTs easier to use as a platform dealing with infrastructure for NFTs. The Unifty website defines its mission as “…developing and enabling fully decentralized no-code solutions for creators, with all things, and services around the NFT space. Mint, buy, sell, swap, and create NFTs, and NFT farms with just a few clicks, while you fully own your contracts.”

To put it simply, Unifty is to NFT creators what WordPress is to blog website developers.

Platt explains that the Unifty project was conceived by a German gentleman named Markus Bopp, who started it in 2020. Bopp was working for a German software company at the time, and Unifty was a spin-off project that he launched. Platt, who was a former investment banker, came aboard in January 2021 as COO, and later CEO of the project.

Platt says he and Bopp believe the first step to driving mainstream adoption for NFTs is making them available across different blockchains.

“We’re deployed on Polygon, MATIC, and Binance Smart Chain (BSC), which are our two most active platforms right now. We’re also deployed across a number of other blockchains including Avalanche, XDAI, we’re deployed now onto Moonbeam, Celo, and others,” said Platt. “We also have done some things with test nets, and we have bridges to actually move NFTs over, so NFTs can start on one network and then move to another one, which is a unique feature, specifically coming out of test nets regarding NFTs.”
Platt says that making NFTs available via blockchains with lower fees, makes the non-fungible tokens cheaper and more accessible for the end-user, while providing a higher percentage of the end sale to the NFT creator.

“There are smaller artists that can’t pay $100 dollars to create an NFT, and then give up 20% or more to the sales auction platform. That would leave the creator with nothing,” said Platt. “So, we set out to build a platform that was reasonably priced, and we give 100% of the control over to the person that creates it and they don’t have to know how to code. There are some forms, there’s a little bit of technical stuff, we have tutorials, but it’s relatively easy to learn if you know how to use the basics of the app.”

Twitter launches competition to find biases in its image-cropping algorithm