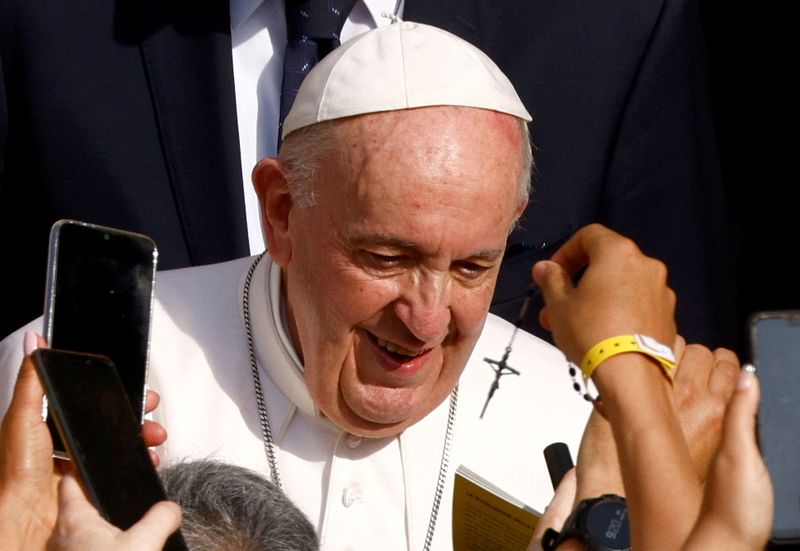 (Reuters) – Pope Francis will deliver more than 10 addresses and visit five cities in four days during a September trip to Hungary and Slovakia – his first since major intestinal surgery – a schedule issued on Wednesday showed.

The schedule for the Sept. 12-15 trip is as gruelling as for past travels, indicating that he and his doctors are confident that he will be able to handle the load.

of his colon on July 4 and spent 11 days in hospital, his first hospitalisation since his election as pope in 2013.

Most of the trip will be in Slovakia, where he will visit the capital Bratislava, as well as Kosice, Presov and Sastin.

Apart from the regular institutional meetings with the country’s president, prime minister, parliamentarians and diplomats, he will also have a separate meeting with the Jewish community in Bratislava.

About 105,000 Slovak Jews were killed in the Holocaust, according to the Central Association of Jewish Communities. Today the community numbers around 3,000.

In Kosice, he also will meet with the Roma population in the city’s Lunik IX district, one of the largest concentrations in the country.

Slovakia has a Roma population about 440,000-strong, with many living in settlements on the outskirts of towns, although most declare themselves as Slovaks or Hungarians.

Francis will say two open-air Masses in Slovakia, which is about 74% Catholic, including one service in the lengthy Byzantine rite.

The pope starts the trip with a six-hour stop in the Hungarian capital Budapest to close a Church congress before moving on to Slovakia.

The pope suffered from a severe case of symptomatic diverticular stenosis of the colon, a condition in which it narrows, causing pain, bloating, inflammation and difficulty in bowel movement.