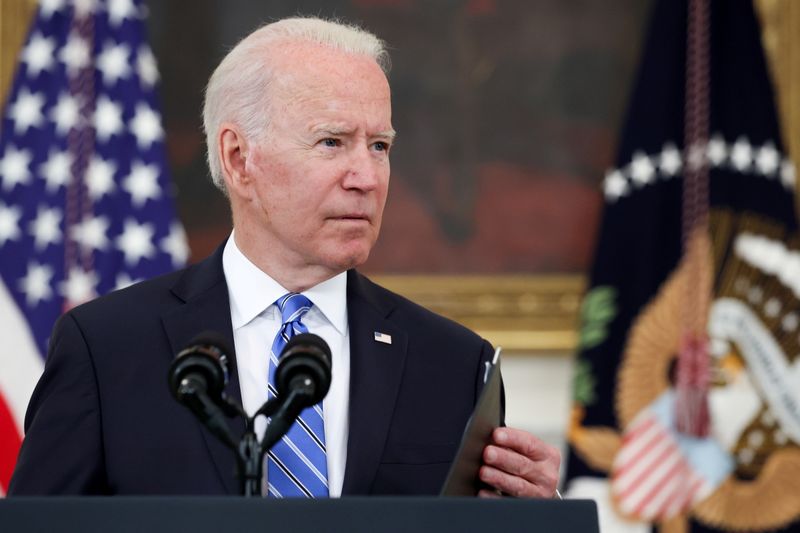 Members of Biden’s national security team and officials from across the administration will meet business executives to “discuss how we can work together to collectively improve the nation’s cybersecurity,” the spokesperson for the White House National Security Council said.

No details were immediately available on which private sector executives would attend.

“Today more than ever, cybersecurity is an economic security and national security imperative, and both the federal government and the private sector play a critical role,” the spokesperson said.

News about the meeting comes amid a surge in costly ransomware attacks and steps by the Biden administration to shore up the defense of critical infrastructure sectors, such as pipelines, against cyber attacks.

The Department of Homeland Security on Tuesday required owners and operators of critical pipelines that transport hazardous liquids and to implement “urgently needed protections against cyber intrusions.”

It was the second security directive issued by the department’s Transportation Security Administration since May, when a ransomware attack on the Colonial Pipeline disrupted fuel supplies in the southeastern United States.

The attack forced the 5,500-mile (8,900-km) pipeline to shut much of its network for several days, leaving thousands of gas stations across the U.S. Southeast without fuel. It was the most disruptive cyberattack on record.

Next month’s high-level meeting continues a big push by the Biden administration to engage with private companies on how to increase cybersecurity, including among small businesses.

A pilot program focused on industrial controls launched in April has seen more than 145 of 255 priority electricity entities adopt cybersecurity monitoring technologies, and that number is growing, the spokesperson said.

Deere, Bear Flag aim to automate tractors as ‘fast as possible’ By Reuters

U.S. senators target ransomware by targeting countries that allow it