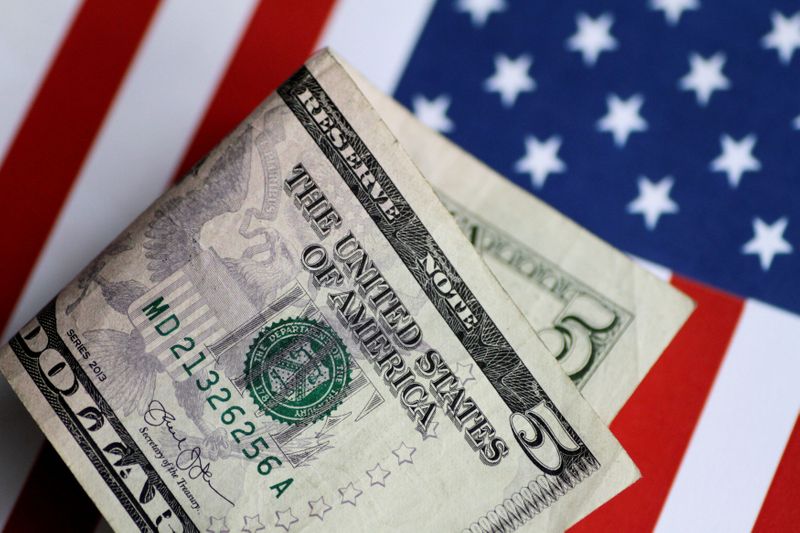 NEW YORK (Reuters) – Investors are looking to a mounting pile of cash at U.S. companies to provide support for the stock market in coming months, as executives announce plans to increase share buybacks, boost dividends or pour money back into their businesses.

Cash on the balance sheets of companies has swelled to a record $1.9 trillion, compared to $1.5 trillion before the pandemic crisis in early 2020, according to Keith Lerner, chief market strategist at Truist Advisory Services.

The cash hoard likely will be a key factor in investors’ calculus as second-quarter earnings season hits full swing while market participants gauge how equities respond to worries over slowing growth and a COVID-19 resurgence that sparked a rush to safe-haven Treasuries in recent days.

High corporate cash balances are “a nice, subtle form of market support,” said Michael Purves, chief executive officer at Tallbacken Capital Advisors. “With all the talk about markets getting ahead of themselves and aggressive valuations, this provides market support into 2022 and 2023.”

A stock basket created by Goldman Sachs (NYSE:) of companies returning a comparatively large amount of cash to shareholders through buybacks or dividends had outperformed the S&P 500 in 2021 by 5% as of last Thursday. A separate basket of companies with relatively high capital spending or research and development expenses outperformed by 2%.

“Investors have rewarded all uses of cash recently,” Goldman said in a report last week. The investment bank’s strategists projected buybacks will increase by 35% this year.

The focus on cash comes as investors try to read conflicting market signals that have emerged over the last few weeks.

Though stocks stand near records, Treasury yields, which move inversely to prices, fell to their lowest level since February this week amid concerns the Delta variant of COVID-19 could hamper the economic recovery.

Expectations of big corporate spending could encourage investors to buy future stock dips, softening declines that some say are overdue. The S&P 500 has averaged three pullbacks of at least 5% a year since 1950, according to Ryan Detrick, chief market strategist at LPL Financial (NASDAQ:), but has yet to log such a drop in 2021.

Total S&P 500 dividend payouts rose 3.6% to $123.4 billion in the second quarter from the year-ago period, although that amount trailed record payouts in the first quarter of 2020, according to Howard Silverblatt, senior index analyst at S&P Dow Jones Indices.

Investors will get further insight into spending plans as more results arrive, including reports from Apple (NASDAQ:), Amazon (NASDAQ:) and Microsoft (NASDAQ:) due next week. Prudential Financial (NYSE:) and AutoNation (NYSE:) were among companies that this week expanded buyback programs.

Technology and financials announced the largest amount of buybacks among sectors so far this year, JP Morgan said in a note this week. Apple alone in April raised its share repurchase authorization by $90 billion.

Dealmaking is another way companies could deploy their resources, with Goldman projecting S&P 500 cash spending on mergers and acquisitions will jump by 45% to $324 billion this year.

“A lot of these mega-cap companies are generating so much cash that they can make sizable acquisitions,” said Charlie Ryan, portfolio manager at Evercore Wealth Management. “There is a competitive advantage to having that scale, having that cash on the balance sheet.”