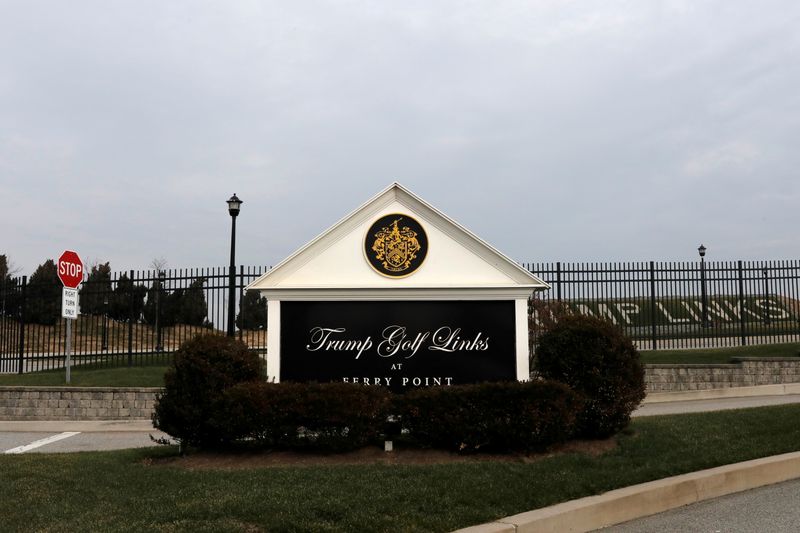 
WASHINGTON (Reuters) – Former President Donald Trump’s company sued New York City on Monday, accusing it of terminating a golf course contract with the Trump Organization to punish it after Trump supporters stormed the Capitol on Jan. 6.

The Trump Organization has managed the Trump Golf Links at Ferry Point in the Bronx borough since it opened in 2015.

“De Blasio had a had a pre-existing, politically-based predisposition to terminate Trump-related contracts, and the City used the events of January 6, 2021 as a pretext to do so,” according to the lawsuit.

New York City did not immediately respond to a request for comment.

Hundreds of Trump supporters stormed the Capitol on Jan. 6, interrupting the formal congressional certification of President Joe Biden’s election victory. The rampage came after Trump gave an incendiary speech to his followers, repeating false claims of a stolen election.

The Trump Organization says the city, in ending the contract, cited the unlikelihood of the company being able to attract a professional tournament to the golf course following the negative publicity surrounding the Capitol riot.

The Trump Organization says the contract did not require it to attract tournaments.

After the attack on the Capitol, the city also ended contracts with the Trump Organization to run two skating rinks and a carousel in Central Park.

Which Consumer Finance Stock is a Better Buy? By StockNews

Up More Than 250% YTD, is Centennial Resource Development Still a Buy? By StockNews