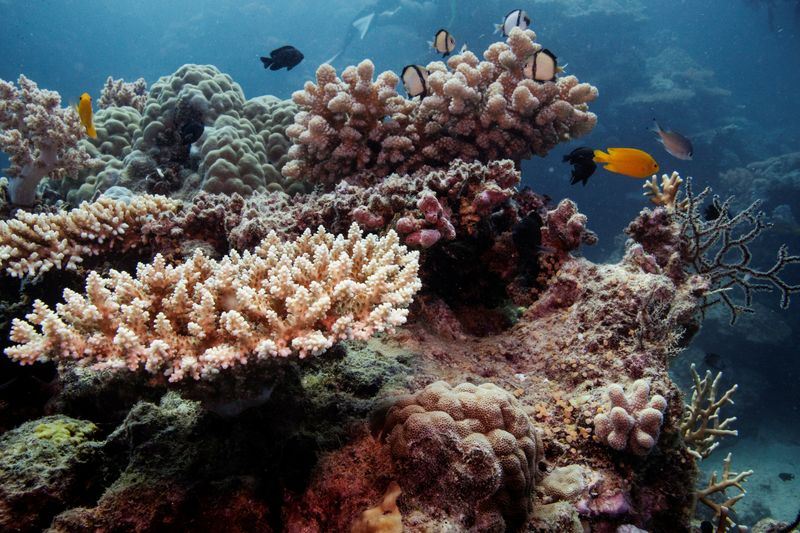 CANBERRA (Reuters) – The Great Barrier Reef should be listed as a World Heritage Site that is “in danger”, a UN committee recommended on Tuesday, a suggestion Australia said it strongly opposed and would appeal.

The United Nations Educational, Scientific and Cultural Organization committee, which sits under UNESCO, recommended the Great Barrier Reef’s inclusion because of the impact of climate change.

The recommendation will be considered at a meeting of the committee in China next month.

The recommendation undercuts Australia’s defence that it is taking climate change seriously and has major implications for a major tourism destination that thousands of jobs rely on.

Australia’s Minister for the Environment Sussan Ley said Canberra had been blindsided by the decision, having been assured there would no recommendation before July.

“When procedures are not followed, when the process is turned on its head five minutes before the draft decision is due to be published, when the assurances my officials received and indeed I did have been upended. What else can you conclude but that it is politics?” Ley told reporters in Canberra.

Ley said Australia would appeal the recommendation and she and Australia’s Minister for Foreign Affairs spoke overnight with the Director General of UNESCO, Audrey Azoulay.

Environmental groups, however, rejected Australia’s assertion that the recommendation was political.

“The recommendation from UNESCO is clear and unequivocal that the Australian Government is not doing enough to protect our greatest natural asset, especially on climate change,” said Richard Leck, Head of Oceans for the World Wide Fund for Nature-Australia, in an emailed statement.