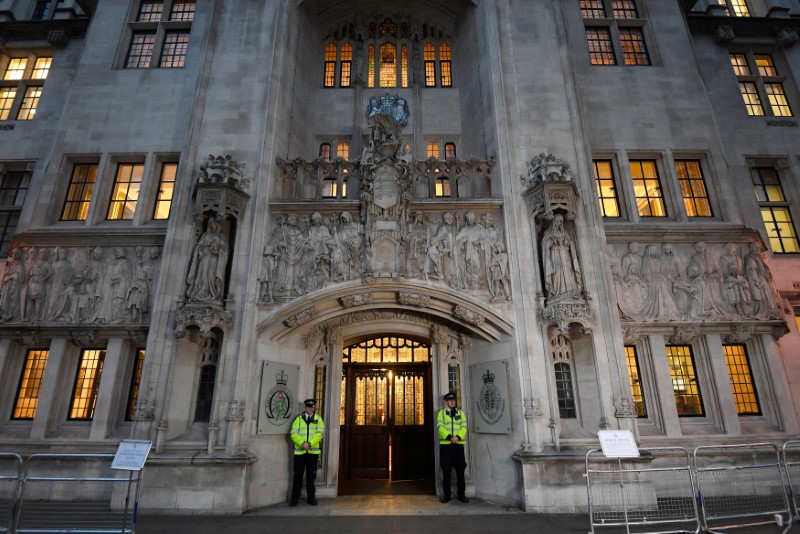 LONDON (Reuters) – Britain’s highest court on Friday backed a 32 million pound ($44.49 million) negligence claim from Manchester Building Society against its former auditor Grant Thornton in a landmark ruling that could make it easier to bring claims against professional advisers.

The Supreme Court said in a press summary that Grant Thornton had incorrectly told the building society that its accounts could be prepared using a rule known as hedge accounting to smooth out volatility in swaps held on the society’s books.

By relying on that “incorrect and negligent” advice, the building society entered into long-term interest rate swaps as a hedge against the cost of borrowing to fund its mortgages, the court said.

This hid swings in the building society’s capital position and led to a severe mismatch between the negative value of the swaps and the value of mortgages they were meant to hedge, the court added.

Grant Thornton realised its error in 2013, leaving the society with insufficient capital to meet Bank of England rules.

“To remedy the situation, the society closed out the interest rate swap contracts early at a cost of over 32 million pounds,” the court said.

The High Court and Court of Appeal had sided with Grant Thornton in the negligence case but the Supreme Court unanimously backed the building society.

The appeal to the top court focused on whether the society can recover in damages the cost of closing out the swaps from Grant Thornton.

“Grant Thornton is liable for the loss suffered by the society in breaking the swaps early, subject to a reduction in damages of 50% for contributory negligence.”

The court said that Manchester Building Society, which had not challenged that it was partly to blame, is entitled to recover damages totalling 13.4 million pounds, the court said.

Grant Thornton said it was disappointed by the judgment but that it had always accepted that its audits for the society for 2006-2011 fell below the high standards it strives for.

Grant Thornton is also facing a negligence claim in relation to its audits of collapsed cafe chain Patisserie Valerie.