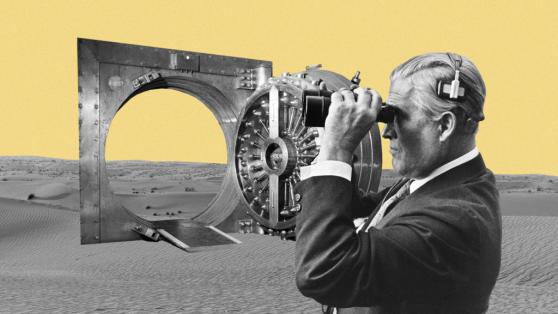 
Ransomware attacks rely on demanding Bitcoin and other cryptocurrencies to prevent law enforcement from tracking the course of funds. The Colonial Pipeline hack on May 7th cost the company $4.4 million. The DOJ announced it recuperated $2.3 million from the Russian-based hacker group Darkside. Online allegations appeared as to how the FBI obtained the wallets’ private keys, pointing towards Coinbase as the central figure of the investigation.

Private Keys Are No Longer Private

FBI agents provided an affidavit stating the seizure warrant, in which 63.7 BTC has been redeemed from the attackers. The testimony that summarizes the warrant mechanics provides an explicit description of how funds have been tracked, listing several private keys of users’ wallets.

Government officials pointed towards a brute force hack to obtain private hacks. However, Preston Byrne argues that the user’s wallets were located on an exchange, for which officials issued a warrant. Philip Martin mentioned revendication of private keys was attributed to governmental “whiz-bang magic” or “good ol’ fashioned police work.”

Amid the speculation that Coinbase facilitated the FBI with access to their wallets, the CSO of Coinbase took to Twitter to debunk the considerations, stating, “Coinbase was not the target of the warrant and did not receive the ransom or any part of the ransom at any point.”

He further argued that “Coinbase uses a pooled hot wallet,” claiming there is no reason to hand over private keys as there is no API export function embedded into Coinbase.

The FBI has already proven it can use its resources to develop innovative ways of apprehending the illegal use of cryptocurrencies. As early as 2013, the FBI managed to shut down SilkRoad, arresting its founder, by exploiting vulnerabilities in the Bitcoin code.

According to a Vice report, operation “Trojan Shield” is a year-long-running operation. They facilitated a similarly safe communication means for criminals whilst it was under the control of the FBI. As a result, law enforcement could quickly obtain personal information and messages to use them to their advantage.

Over 20 million messages were obtained through the investigation; however, no connection was made between the ransomware seizure and the “Trojan Shield” experiment. Regardless of whether data was collected from FBI phishing or other means, the agent’s affidavit indicates the FBI used a block explorer to keep track of the ransomware funds through the block explorer.

Coinbase is Not User Friendly

The Coinbase allegation is somewhat well-founded, given the company’s previous history. A ThisIsBullish infographic indicates the connection between the Ransomware hack and Coinbase. They highlight the funds ran through the Coinbase California servers, and coincidently, the District Court of California obtained a series of private keys.

While Coinbase has refuted the allegations, their record of keeping a clean slate is doubtful. A class-action lawsuit has commenced against Coinbase for illicitly locking people out of their accounts for several months. As a result, defendants have lost a significant amount and are seeking $5 million in damages. To that end, the leading US cryptocurrency exchange is facing backlash despite the successful IPO from April 2021.