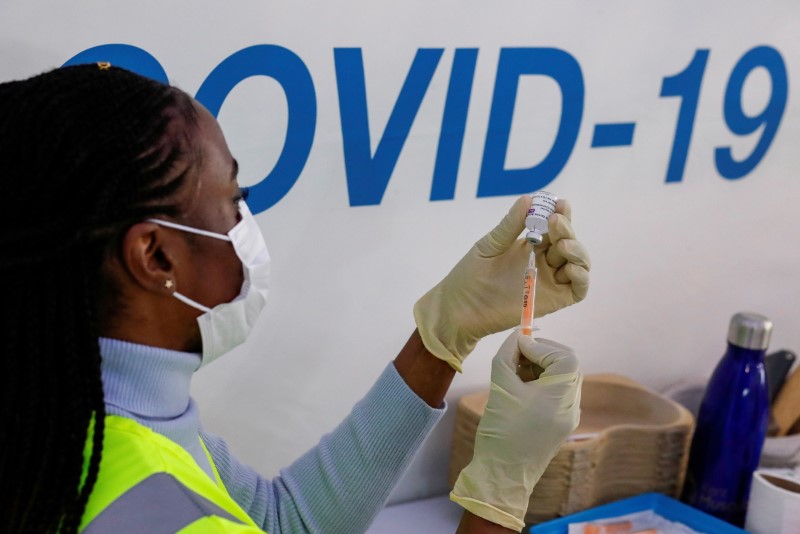 Johnson is due to announce on Monday (NASDAQ:) whether the planned lifting of restrictions, which would see an end to limits on social contact, can go ahead on time.

But the rapid spread of the Delta variant, officially a “variant of concern”, has thrown those plans into jeopardy, prompting speculation that the June 21 date will be pushed back, or that some restrictions will remain.

“We have to be really careful. We had a very big opening on the 17th of May where people could meet friends indoors, in a restaurant, in a pub, and socialise indoors as well,” COVID-19 vaccines minister Nadhim Zahawi told Times Radio.

“And I think it’s important that we look at the data very carefully over this weekend and then share it with the nation.”

Total British cases of the Delta variant, first identified in India, have jumped by 29,892 to 42,323, Public Health England said on Friday, adding the variant currently accounted for over 90% of new COVID-19 cases.

The figure was a big jump on the 12,431 cases of Delta reported last week, although it was not directly comparable as new genotyping tests were used this week, meaning that cases of the variant can now be confirmed within 48 hours.

A top British epidemiologist said on Wednesday that the Delta variant is believed to be 60% more transmissible than the previously dominant Alpha variant. Some scientists have urged a delay to restrictions being eased so more people can receive a second vaccine dose.

A widely watched prevalence survey showed that the number of people with COVID-19 was estimated to have risen in the week to June 5, though not as sharply as the week before.

Johnson has said that an increase in cases was always expected after the most recent stage of lockdown easing in May, but the key to whether Step 4 can proceed on June 21 will be the extent to which Britain’s vaccine rollout has broken the link between cases and deaths.

Britain’s total COVID-19 death toll is over 127,000 but the number of daily deaths have fallen following a third national lockdown and a rapid vaccine rollout. More than three-quarters of adults have received at least one dose of COVID-19 vaccine.