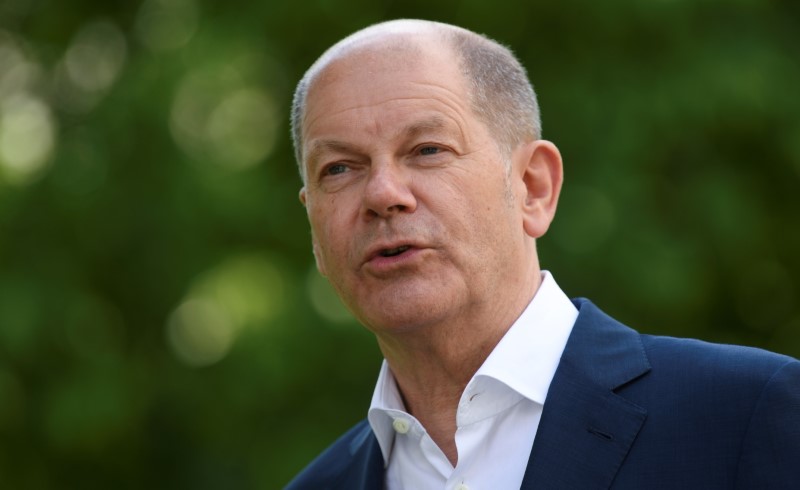 © Reuters. Olaf Scholz, German Finance Minister and Chancellor candidate of the Social Democratic party SPD for the upcoming September general elections speaks during an interview with Reuters at the Federal Ministry of Finance in Berlin, Germany June 2, 2021. REUT

“The data will now be evaluated by the regional tax authorities,” Scholz said in Berlin. “Tax evasion is not a minor offence it is a crime.”

Der Spiegel Magazine first reported the purchase of a CD containing details of assets in Dubai such as tracts of land and real estate owned by German nationals.

It said an anonymous informant approached German officials and offered to pass on the data, for which the Federal Tax Office paid about 2 million euros ($2.42 million), Spiegel said.

Scholz did not confirm or deny the details reported by Spiegel about how the CD was purchased or the price.

Tax authorities in Germany’s 16 states had in the past sought information from countries like Switzerland to unearth possible tax evasion by wealthy Germans.

Scholz, who leads the Social Democratic Party (SPD), has made fair taxation a major election pledge before an election in September forecast to deal his centre-left party its worst-ever result.

One city ‘ready to explode’ as U.S. murder rates surge in pandemic By Reuters

Institutions have no appetite for Bitcoin at this price level: JPMorgan By Cointelegraph