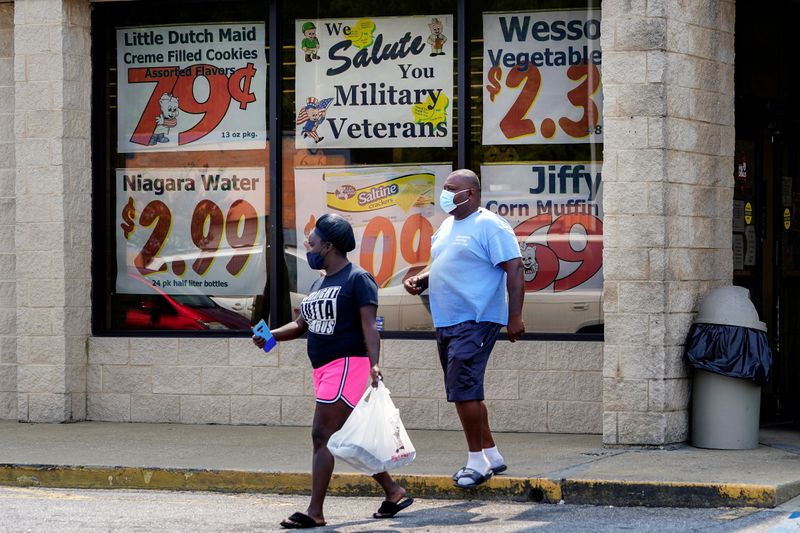 
WASHINGTON (Reuters) – U.S. consumer prices are likely to peak this summer and then begin to dissipate in the autumn, an official with the Biden administration said on Thursday, after news that the consumer price index increased again – by 0.6% – last month.

In the 12 months through May, the CPI accelerated 5.0%, hitting its biggest year-on-year increase since August 2008 and following a 4.2% rise in April. But the official, who asked not to be named, said that was largely due to a “base effect” given the low level of prices seen in the early phase of the COVID-19 pandemic.

The Biden administration remained convinced that the current spike in consumer prices would be transitory, and that assessment was shared by professional forecasters, investors, consumers and businesses, said the official.

“It’s most likely that it’s going to peak in the next few months. We’ll probably see the worst of it this summer, and (then) in the fall, things will probably start to get back to normal,” the official said.

“From a ‘put your money where your mouth is’ perspective, it’s pretty clear what investors think. And the same is true for surveys of consumers, surveys of business leaders, and professional forecasters. Everyone’s on the same page.”

The official rejected concerns voiced by Republican lawmakers that President Joe Biden’s proposed boost in spending on infrastructure, child care and community college would put further pressure on prices, given that the spending would only kick in around 2023 and then spread out over a decade.

“This is not piling stimulus upon stimulus,” the official said. “This is addressing a long-term problem over a longer duration. This is a decade-long plan to fix 40-year problems.”

Bitcoin steadies in Asia trading after Monday’s plunge By Reuters