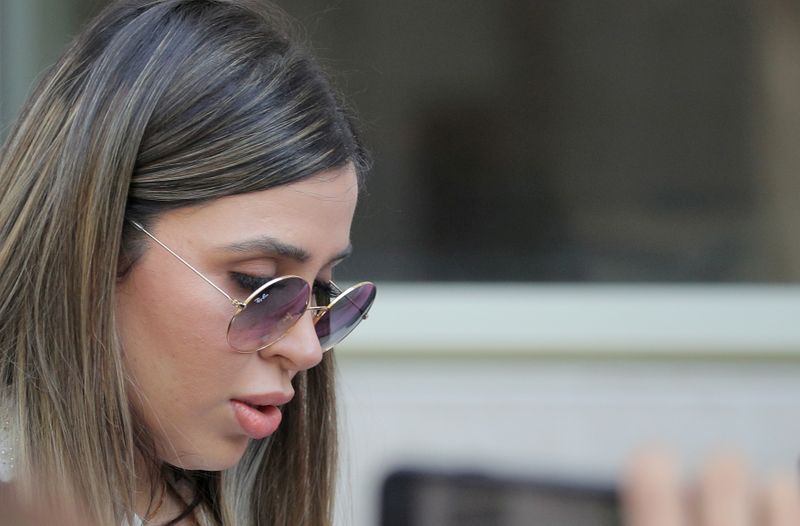 WASHINGTON (Reuters) -The wife of Mexican drug lord Joaquin “El Chapo” Guzman, Emma Coronel Aispuro, appeared in federal court on Thursday, where she was prepared to plead guilty for her role in helping her husband run the Sinaloa cartel of smugglers.

Clad in a green jumpsuit and wearing a white face mask, Coronel appeared for a court hearing before U.S. District Judge Rudolph Contreras.

The 31-year-old former beauty queen was arrested in February on allegations that she relayed messages to help Guzman traffic drugs from 2012 to early 2014, and continued delivering messages while visiting him in a Mexican prison following his February 2014 arrest. Prosecutors also say she played a key role in Guzman’s 2015 escape from a Mexican prison.

Coronel was born in California and holds both U.S. and Mexican citizenship.

If convicted on all federal charges, she could be sentenced to as long as life in prison and fined up to $10 million.

Guzman, 64, was convicted in February 2019 in a high-profile Brooklyn trial of masterminding a multibillion-dollar drug enterprise for the Sinaloa cartel.

He was sentenced to life in prison plus 30 years, and locked up in the federal Supermax prison in Florence, Colorado.