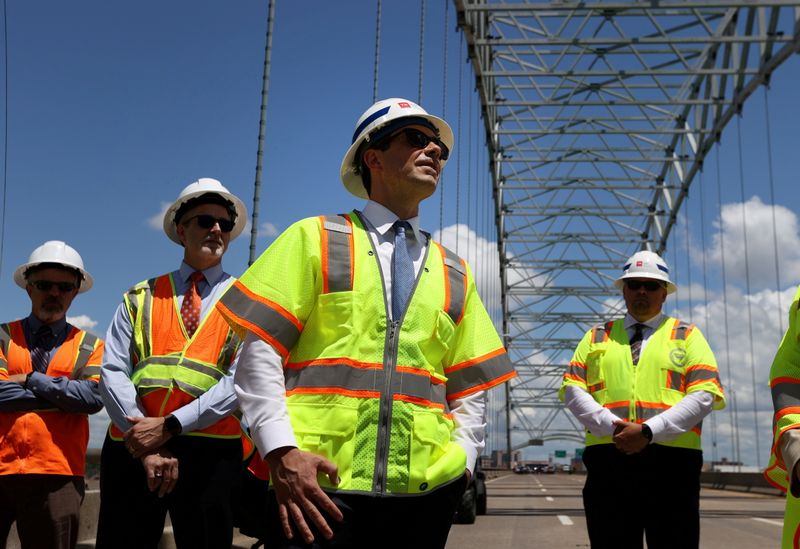 WASHINGTON (Reuters) – A U.S. House committee early on Thursday voted 38 to 26 to authorize $547 billion in additional spending over five years on surface transportation, a plan that would mostly go toward fixing existing U.S. roads and bridges and increase funding for passenger rail and transit.

The vote after more than 17 hours of debate came as the Senate Commerce Committee is set to unveil a compromise surface transportation bill as early as Thursday, sources said.

The House bill adopts some proposals made by Democratic President Joe Biden as part of his broader $2.3 trillion infrastructure plan. Congress faces a Sept. 30 deadline to reauthorize surface transportation programs. Other committees have jurisdiction over other aspects of infrastructure spending.

Biden broke off talks on Tuesday with Senator Shelley Moore Capito, who had headed a six-member Republican team, including party leaders and top members of relevant Senate committees. Bipartisan talks are continuing in Congress to try to reach a deal.

The bill introduced by Transportation Committee chairman Peter DeFazio and other senior committee Democrats would authorize $343 billion for roads, bridges and safety – including $4 billion for electric vehicle charging infrastructure.

The Senate Environment and Public Works Committee unanimously approved a bipartisan bill to spend $303.5 billion on highways over five years, a 34% increase over the last highway reauthorization bill approved in 2015.

DeFazio’s plan also calls for $109 billion for transit and $95 billion for rail, including tripling funding for U.S. passenger railroad Amtrak to $32 billion.

It would authorize $4.1 billion for grants to buy electric transit buses, create a $500 million grant program to reduce traffic gridlock in large metropolitan areas and $1 billion to address the shortage of parking for commercial motor vehicles and allow for heavier electric vehicles on U.S. roads and mandate additional safety features in new school buses.

The House Transportation committee separately voted on a bipartisan measure on Wednesday to authorize $50 billion to address wastewater infrastructure needs.