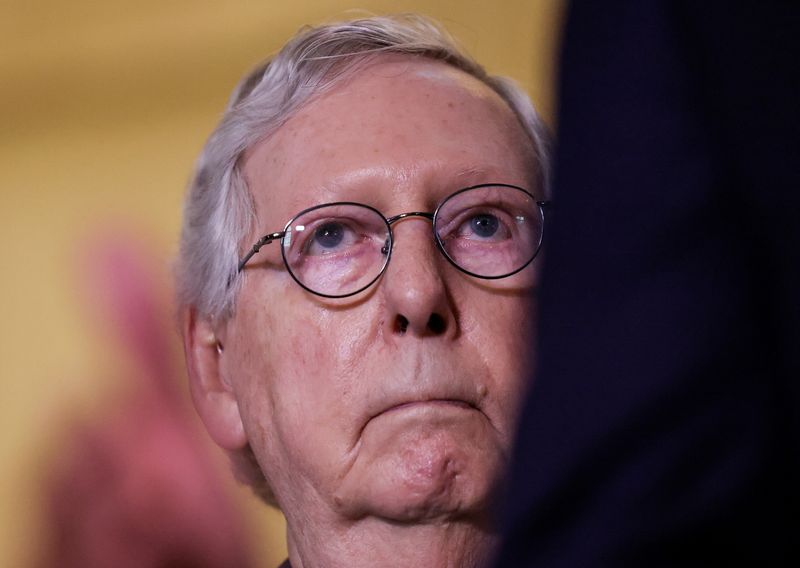 McConnell met late on Wednesday with Republican lawmakers who are trying to hammer out a bipartisan deal with U.S. President Joe Biden.

“We had a good meeting with Senator McConnell. He listened to the plan that we outlined and he said that he was – quote – open to it. He certainly did not commit one way or the other. But he’s in a listening mode and said that he was open to it,” Collins told Reuters.

Biden broke off talks on Tuesday with Senator Shelley Moore Capito, who had headed a six-member Republican team, including party leaders and top members of relevant Senate committees.

The White House is remaining upbeat about prospects for a deal.

Kate Bedingfield, White House communications director, said on Thursday she was encouraged by bipartisan negotiations continuing in the House of Representatives and Senate.

“We’re seeing progress on multiple fronts right now,” she told CNN. “This is how a bill becomes a law. It’s a process with many steps, and we’re encouraged by all of the progress happening on these different paths simultaneously.”