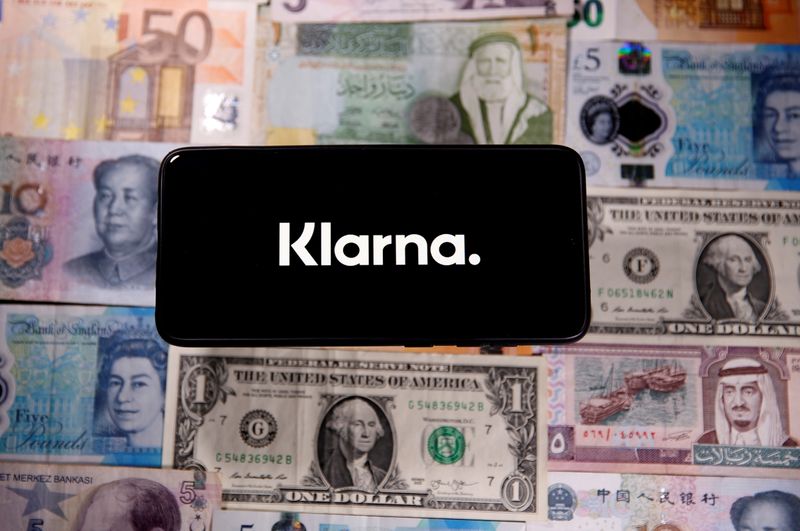 © Reuters. FILE PHOTO: A smartphone displays a Klarna logo on top of banknotes is in this illustration taken January 6, 2020. REUTERS/Dado Ruvic/Illustration/File Photo

STOCKHOLM (Reuters) – Swedish payments firm Klarna has raised $639 million from a group of investors led by SoftBank’s Vision Fund II, lifting its valuation to about $46 billion – higher than several of the region’s major banks.

Klarna, which allows shoppers to buy online through its merchant partners and settle their dues in instalments via “buy now, pay later” (BNPL), became Europe’s most valuable startup in March when a $1 billion fundraising valued it at $31 billion.

The current round was led by SoftBank, joined by existing investors such as Adit Ventures, Honeycomb Asset Management and WestCap Group.

Reuters reported last month that Klarna was close to raising a new round of funding at a valuation close to $50 billion.

The company, whose CEO is Sebastian Siemiatkowski, is among the largest players in the global BNPL sector with over 90 million global active users, and processes 2 million transactions a day.

Along with rivals such as Affirm and Afterpay, it has seen a surge in demand as the coronavirus pandemic drives a shift in consumer spending online.

Klarna, founded in 2005, took eight years to reach a valuation of $1 billion, but less than 12 months to go from being valued at $5.5 billion to within touching distance of $50 billion.

Its gross merchandise volume – the value of transactions made using its payment platform – nearly doubled to $18.9 billion in the first quarter from $9.9 billion a year ago.