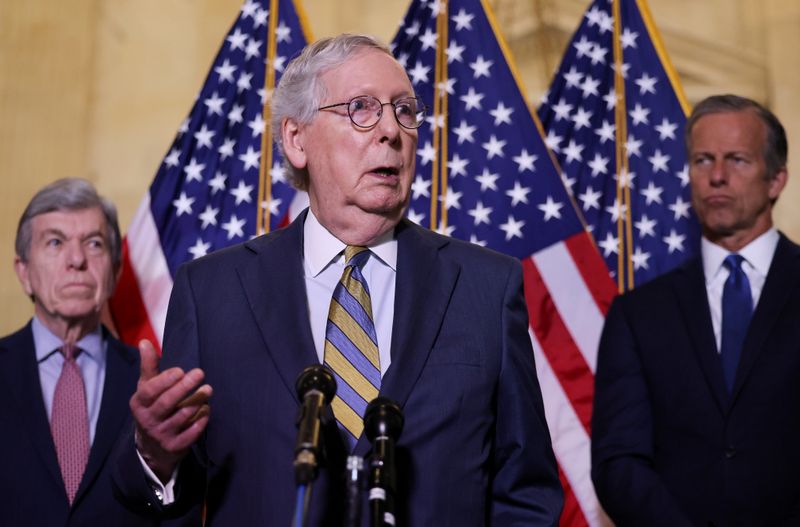 
WASHINGTON (Reuters) – U.S. Senate Republican Leader Mitch McConnell on Thursday said he has not been informed of any tentative deal on a bipartisan infrastructure investment package being negotiated among senators.

“Not that I know of,” McConnell said when asked by a reporter whether such a tentative deal had been reached among a group of 10 Democratic and Republican senators. “I think there is still talking going on as far as I know,” he added.