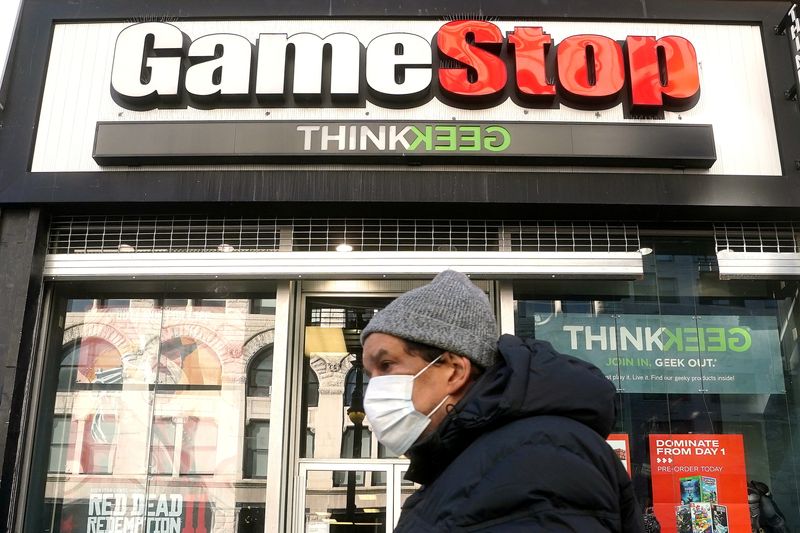 
(Reuters) – Shares of GameStop (NYSE:) fell 7.6% and Clover Health Investments jumped 5.9% in early deals on Thursday, setting the stage for another rollercoaster session for stocks favored by small-time investors on social media platforms.

Videogame retailer GameStop on Wednesday named the head of Amazon (NASDAQ:)’s Australian business as its CEO and said it may sell new shares after it reported quarterly results that were stronger than expectations.

Its shares were trading at around $279 premarket after closing Wednesday at $302.56, near levels hit in January when the Reddit-driven frenzy sent its stock up 1,600%.

The rally in heavily shorted U.S. stocks, which has also lifted shares of Medicare-backed insurance seller Clover Health and cinema operator AMC Entertainment (NYSE:), has drawn the attention of the U.S. Securities and Exchange Commission.

GameStop said on Wednesday that the SEC had requested documents and information related to an investigation into that trading.

In the past two weeks, the so-called “meme stocks” have received $1.27 billion of retail inflows, Vanda (NASDAQ:) Research said on Wednesday. That matched their peak in January, when the surge in GameStop shares squeezed short sellers and further boosted the stock price.

Shares of AMC Entertainment were down 6.0%, while prison operator Geo Group (NYSE:) – the latest “meme stock” – slumped 8.5% after surging 38% on Wednesday.