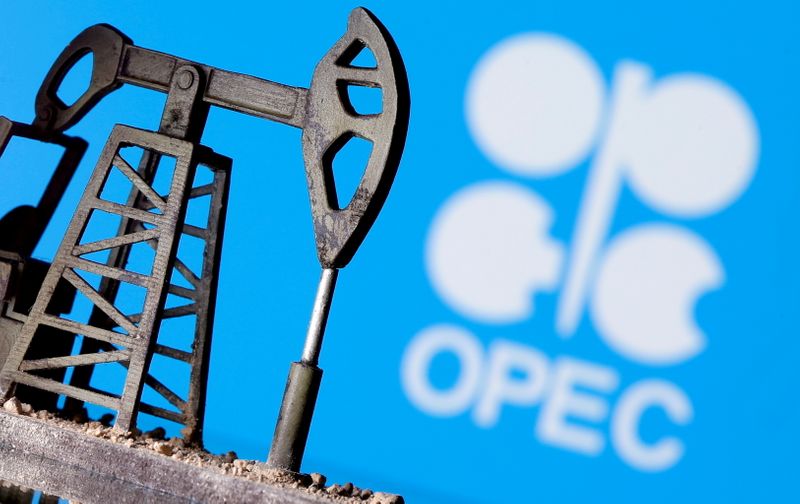 LONDON (Reuters) -OPEC stuck to its prediction of a strong world oil demand recovery in 2021 led by the United States and China despite uncertainties stemming from the pandemic, pointing to a need for more oil from the producer group.

In a monthly report on Thursday, the Organization of the Petroleum Exporting Countries said demand would rise by 6.6% or 5.95 million barrels per day (bpd) this year. The forecast was unchanged for a second consecutive month.

The report’s forecast comes despite a slower-than-expected recovery in the first half of this year and as it warns of “significant uncertainties” such as the potential emergence of new variants of the coronavirus.

“Global economic recovery has been delayed due to the resurgence of COVID-19 infections and renewed lockdowns in key economies, including the Eurozone, Japan and India,” OPEC said in its monthly report.

“Overall, the recovery in global economic growth, and hence oil demand, are expected to gain momentum in the second half,” it said.

Although the United States is expected to make the biggest contribution to 2021 demand growth, OPEC said demand in industrialised OECD nations would not fully recover from the 2020 collapse.

Oil edged further above $72 a barrel after the report was released. The price has gained 39% this year on rising demand and supply cuts by OPEC and its allies, known as OPEC+.

OPEC sees 2021 world economic growth at 5.5%, unchanged from last month, assuming the impact of the pandemic will have been “largely contained” by the beginning of the second half.

“The ongoing vaccination efforts, growing share of recovered cases leading to increasing herd immunity, and the easing of lockdown restrictions lend optimism that the pandemic could be contained in the few months to come,” OPEC said.

OPEC+ agreed in April to gradually ease oil output cuts from May to July and confirmed the decision at a meeting on June 1. Most of its output cuts will remain after July.

The efforts of OPEC+ have “have substantially led the way towards a market rebalance,” OPEC said.

The report showed higher OPEC oil output, reflecting the decision to pump more and gains from Iran, exempt from making voluntary cuts due to U.S. sanctions. Output in May rose 390,000 bpd to 25.46 million bpd, OPEC said.

Saudi Arabia told OPEC it raised May output by 410,000 bpd to 8.54 million bpd, higher than a figure given on June 1 by the Saudi energy minister.

Also in the report, OPEC kept its estimate of how much oil it needs to pump this year steady at 27.7 million bpd, even after a small non-OPEC supply upward revision.

In theory this allows for more of the OPEC+ cuts to be unwound in the second half.