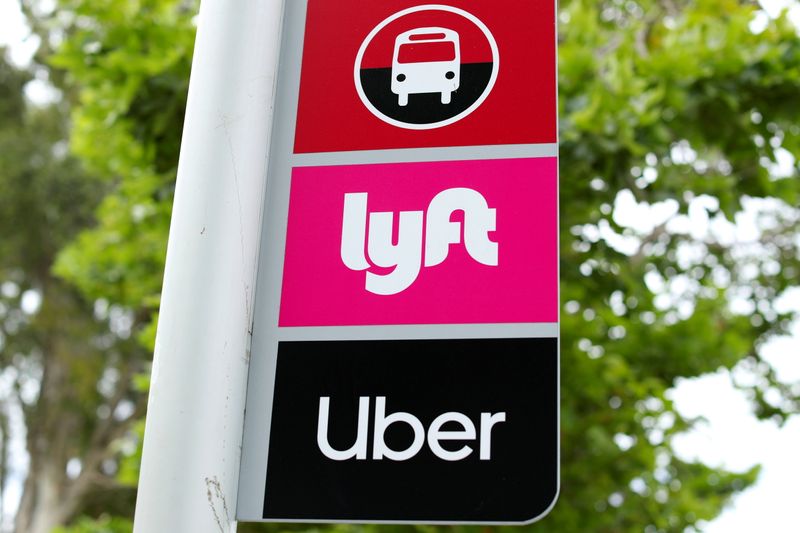 The proposed rules by the California Air Resources Board (CARB), expected to pass on May 20, mandate that EVs account for 90% of ride-hailing vehicle miles traveled by 2030. That’s a lesser goal than the companies themselves have set: Both Uber and Lyft recently committed to convert their U.S. fleets entirely to EVs by that year.

And yet the firms are pushing back on the CARB effort to force the transition, arguing taxpayers should shoulder much of the burden.

The total cost of meeting the state’s 2030 standard could reach $1.73 billion, even when government subsidies and projected declines in electric-vehicle costs are considered, according to the Union of Concerned Scientists, a nonprofit research and advocacy organization that projected the transition’s total cost at Reuters’ request.

California and the ride-hail duopoly are on a collision course less than a year after the companies won a battle against the state to maintain their drivers’ status as independent contractors, rather than employees. The firms’ business models pose among the biggest obstacles to converting their fleets to EVs. Their drivers own their cars and work as much or as little as they please. Even those working full-time don’t make enough to justify the higher upfront costs of EVs.

“You’d need to pay off my car … and then give me incentives to make it worthwhile for me for be on a new payment program,” said Daniel Russell, who drove for Uber and Lyft in Los Angeles before the pandemic.

Most drivers buy used vehicles, Russell said, and many have poor credit that forces them into expensive car loans.

Uber and Lyft say they can’t afford the EV transition either. Uber said in a December letter to CARB that, without “sufficient” subsidies, the rule would unduly burden the companies, along with their drivers and consumers.

“No one government nor single company … can bear the full cost of a rapid transition alone,” Uber said in a statement to Reuters. Lyft said in a statement that taxpayers should finance the transition because current government subsidies are only sufficient to make EVs affordable for “typically high-income white homeowners,” while most California Lyft drivers are lower-income minorities.

Neither company has reported a profit after a decade in business, but both generate billions of dollars in revenue and are publicly traded. Uber is valued at about $86 billion; Lyft is worth about $16 billion.

Joshua Cunningham, chief of CARB’s sustainable transport staff, said the agency supports more subsidies for lower-income drivers but that, regardless, Uber and Lyft can handle the transition CARB is mandating. The electrification targets, he said, are aggressive but feasible.

California State Senator Nancy Skinner – who introduced the 2018 law on which the CARB regulations are based – said the companies should pay most of the cost for fleet conversion because their businesses have increased carbon emissions.

The debate will test the ride-hailing firms long-stated commitment to carbon reductions. Uber and Lyft have claimed their businesses would reduce climate damage by decreasing traffic and providing an alternative to private car ownership. But several studies have found that, by contrast, private car ownership has grown slightly in recent years and that the ride-hailing fleets have worsened urban traffic congestion. Uber and Lyft say their impact on traffic is small, citing a study they commissioned.

Uber has also said it will invest $800 million globally through 2025 to help drivers globally switch to EVs. But that’s a drop in the ocean of money needed to convert the about five million drivers on its platform as of February 2020.

California currently offers some of the most generous U.S. EV subsidies and has said it will end the sale of new combustion engine vehicles by 2035. But battery electric cars only accounted for 1.3% of the state’s 2020 light-duty vehicle fleet and 6.2% of all new 2020 vehicle sales, according to California’s Energy Commission. Ride-hailing trips currently make up just 1.2% of all passenger vehicle miles traveled in California. But drivers for ride-hailing firms produce more pollution per passenger-mile traveled because they spend more than a third of their time cruising without riders and only rarely carry multiple riders, according to CARB. Researchers generally assume that electrifying one ride-hail vehicle reduces the same amount of CO2 as converting three regular gas-powered passenger vehicles to EVs.

Some Uber and Lyft vehicles produce a lot more pollution than others, however. CARB has suggested the companies could meet its 2030 goals for electric vehicle-miles by converting less than half of their fleets – if they focus on full-time drivers who travel more miles.

Despite the high upfront costs of converting California ride-hailing fleets to electric cars, the transition would only cost Uber and Lyft an extra four cents per mile traveled by their drivers between now and 2030, according to Elizabeth Irvin, a senior transportation analyst at the Union of Concerned Scientists. Drivers would save $1.1 billion in lower maintenance costs and fuel savings over the same time period, the organization estimates.

CARB’s proposed legislation would allow the companies ways other than adding EVs to meet carbon reduction goals. But those efforts pose their own challenges.

The rules would award the firms credit for building bike lanes and connecting riders to public transit by allowing them to buy tickets through their apps. Such efforts, however, will be complicated by California’s fragmented transit systems. Regulators also suggest the companies could cut emissions by limiting miles traveled while cruising without riders, but that would undercut their efforts to keep prices and wait-times low. The companies could also increase car-pooled trips with multiple riders, but they have long tried that with little success.

Those strategies are not likely to help much in meeting CARB’s emissions reduction goal, Lyft said in a statement, encouraging the agency to focus instead on electric-car incentives. Such subsidy programs, regardless of who pays for them, are difficult to design for drivers who are independent contractors.

If Uber and Lyft helped pay for their drivers to buy EVs, for instance, they have no way under their current business models to ensure their freelance drivers continue working for them. And drivers have few avenues to resist being saddled with the extra costs of electrification mandates on the companies.

Most EVs are bought now by higher-income people who purchase and install chargers in homes they own. Uber and Lyft drivers are the opposite: Renters with limited income and no access to home chargers, leaving them dependent on costly public chargers. Lower-income drivers cannot – and should not – bear the costs of the EV transition, said Irvin, of the Union of Concerned Scientists.

“It’s really important that the companies pay the upfront costs, not the drivers,” Irvin said. “After all, this rulemaking process is only holding the companies accountable for promises they’ve already made.”

London-based hedge fund that bet against GameStop shuts down