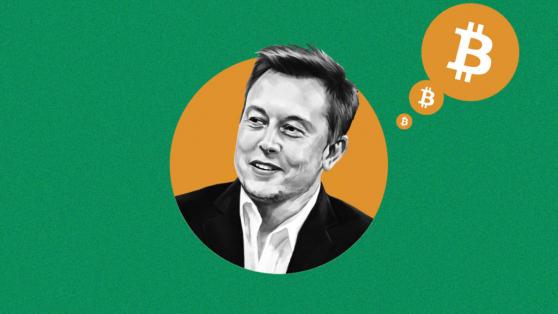 
When Elon Musk tweets, it makes news and markets move.

On April 15th Musk tweeted: “Doge Barking at the Moon” and within 24 hours the price of the meme coin nearly tripled to more than $0.40 US. Dogecoin pumped again after Musk tweeted on April 28th “The Dogefather SNL May 8.” Then, in classic “buy-the-rumor-sell-the-news” fashion, DOGE dropped double digits after his appearance on Saturday Night Live.

Perhaps the most enduring and visionary announcement that the self-proclaimed “Technoking of Tesla (NASDAQ:)” has made this year, was the March 24th announcement that his car company will accept (BTC) in payment of Tesla electronic vehicles (EV). For now, Bitcoin is the only cryptocurrency Tesla will accept.

Some may say that this move was a publicity stunt – similar to the Dogecoin tweets – to reinforce Tesla’s future-forward image as an innovative company. Some may say it’s high-end pandering to Bitcoin maximalists. Still others may say it’s an attempt to pump Bitcoin’s price, and thereby expand the $1.5 billion bag of BTC that Tesla bought weeks prior.

All of that might be true but there’s possibly an even more brilliant investment maneuver Musk is trying to make here using dollar cost averaging.

Dollar cost averaging (DCA) is a proven method of investing where you consistently stake a set amount of currency over time. It doesn’t matter if the price of the asset rises or falls – if you keep paying the same amount, the total investment price over time will regress to the mean or average. For individual investors, or innovative electric car manufactures, DCA basically helps smooth out the price volatility of a given asset – in this case Bitcoin, which happens to be a volatile asset.

While everybody wants to “buy low and sell high,” nobody can consistently execute that strategy overtime due to market uncertainty. Accepting BTC in exchange for physical Tesla vehicles is brilliant because it enables the manufacturer to dollar cost average at scale – using other people’s money.

Did I mention how brilliant that is? But it doesn’t stop there.

As of writing this article, Bitcoin is trading around $56,000 US per coin, which happens to be the approximate sticker price of a 2021 Tesla Model 3 Performance EV. In 2018, some curious German carmakers reversed engineered a Tesla Model 3, and they determined that the cost of materials and labor to produce a single car was roughly $28,000 US.

It doesn’t take much calculating power to see that every time Musk sells a top-end Tesla Model 3, the company is able to dollar cost average into Bitcoin at a 50 percent discount. Further, in 2019 Tesla sold more vehicles than the two previous years combined. As the company sells more cars, economies of scale will kick in driving down the per unit production costs even more. And as Bitcoin increases in value, those profits made on each coin the company “hodls” from its respective car sales continues to grow – after the sale.

Did I mention how brilliant that is?

While Tesla may eventually accept other cryptocurrencies for its electric vehicles, the question isn’t whether Dogecoin will be next but rather which Fortune 500 company will recognize this balance sheet bonanza first – and copy it, jumping on the Technoking’s coattails to the moon.

Gold Up Ahead of Jerome Powell’s Testimony By Investing.com

SpaceX’s Starlink expects it can provide global coverage around September