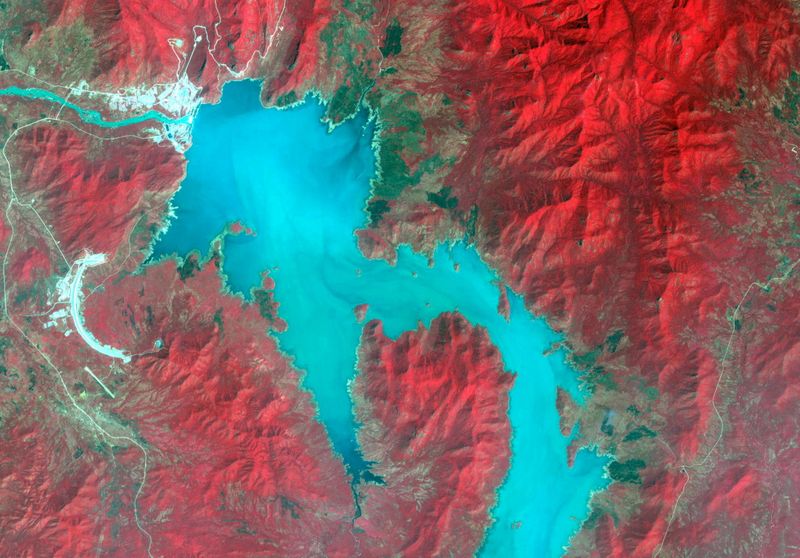 
KHARTOUM (Reuters) – Sudanese officials held talks with a new U.S. envoy to the Horn of Africa on Saturday aimed at resolving a dispute over Ethiopia’s giant hydropower dam on the Blue Nile.

Talks between Sudan, Egypt, and Ethiopia over the filling and operation of the Grand Ethiopian Renaissance dam fell apart in April, and an invitation by Sudan for a prime minister-level summit went unanswered.

Ethiopia is pinning its hopes of economic development and power generation on the dam, which Egypt fears will imperil its water supply. Sudan is also concerned about the impact on its own water flows.

Sudan and Ethiopia are also in the midst of a border dispute over the al-Fashqa region, which Sudan says is part of its internationally recognised border but which Ethiopian farmers have settled for decades.

The new U.S. envoy is veteran diplomat Jeffrey Feltman, who has been tasked with tackling both issues as well as fighting in Ethiopia’s Tigray region.

Feltman “showed a deep understanding of Sudan’s position, and stressed the importance of carrying on negotiations under the umbrella of the African Union with the involvement of the international community,” Sudan’s foreign ministry said in a statement.

Earlier this week, Feltman met with Egyptian President Abdel Fattah al-Sisi, who emphasized that the Ethiopian dam was “an existential issue for Egypt, which will not allow its water interests to be harmed,” the presidency said in a statement.

“We’ll see whether we succeed or not,” said Dina Mufti, spokesman for Ethiopia’s foreign ministry when asked on Saturday about Feltman’s upcoming visit, adding that his country would engage him on the relevant topics.

The last round of failed talks were held in the Democratic Republic of Congo, which currently holds the African Union chairmanship, and whose president also met with Sudan’s sovereign council head on Saturday in Khartoum.

Factbox-What is Juneteenth and how are people marking the day? By Reuters