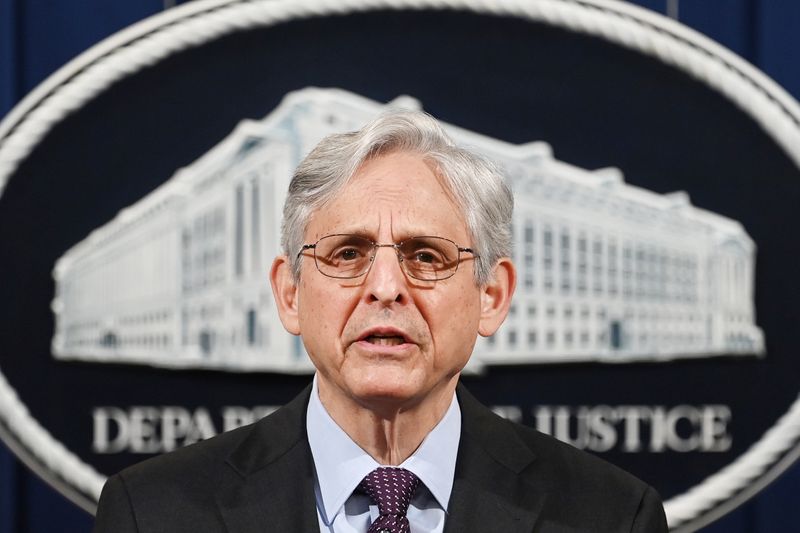 
WASHINGTON (Reuters) – U.S. Attorney General Merrick Garland asked Congress on Tuesday to provide more funding for investigating and prosecuting domestic terrorism, saying it poses an “accelerating” threat that keeps him up at night.

Garland, who had served as a federal appellate judge and federal prosecutor before President Joe Biden nominated him to lead the Justice Department, was testifying about the department’s budget request for the 2022 fiscal year.

“We have a growing fear of domestic violent extremism and domestic terrorism,” Garland told a U.S. House of Representatives budgeting subcommittee. “Both of those keep me up at night.”

He did not name specific violent groups, but members of the far-right Proud Boys and Oath Keepers are among the more than 400 people arrested for the deadly Jan. 6 attack on the U.S. Capitol by former President Donald Trump’s supporters.

The hearing marked Garland’s first appearance before Congress since being confirmed as the nation’s top law enforcement officer in March.

He told the House panel that the lethality of weapons available to both foreign and domestic terrorists has increased, and that the Justice Department is “putting its resources into defending the country with respect to both”.

“We have an emerging and accelerating threat,” Garland said.

He highlighted in his opening remarks that the Justice Department is requesting $85 million in additional funding from Congress to bolster its efforts to combat domestic terrorism.

Garland said the department is also seeking a “historic investment” of $1 billion in its Office of Violence Against Women, and that the budget proposal includes a $232 million increase in funding to help combat gun violence.

Blast near Afghan school in Kabul kills 25, injures 52 By...

What are the chances BTC is actually overtaken by another crypto?...