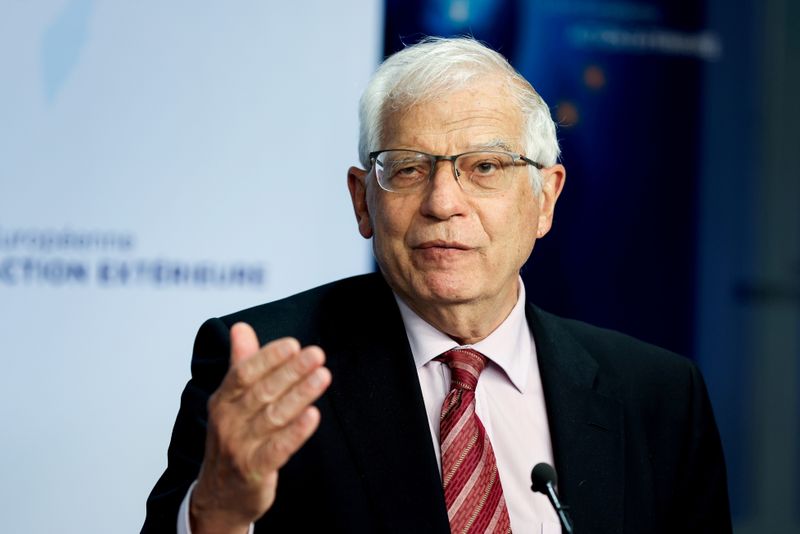 NAIROBI (Reuters) – The European Union has scrapped plans to send observers to a parliamentary election in Ethiopia next month, saying conditions had not been met on communication systems and the mission’s independence.

Announcing the decision late on Monday, the EU’s top diplomat, Josep Borrell, said in a statement that the 27-nation bloc would also not monitor preparations for the June 5 election including voter registration.

“The EU regrets the refusal of the fulfilment of standard requirements for the deployment of any Electoral Observation Mission, namely the independence of the Mission and the import of mission communication systems,” Borrell said.

“It is disappointing that the EU has not received the assurances necessary to extend to the Ethiopian people one of its most visible signs of support for their quest for democracy.”

“Firstly, they said they will come with V-SAT communication equipment which is out of Ethiopia’s Communication technology system,” Mufti told a news conference.

“We have held six election so far as a country but we have never had such a claim from observers. Every election area is accessible by the National Telecommunication system, they can use that.”

Ethiopia, a country of 110 million people, has one of the world’s last closed telecoms markets markets but has begun the process of liberalising it.

Ethiopia had been scheduled to hold an election in August 2020 but it was delayed because of the COVID-19 pandemic. Since then, there has been conflict in the northern region of Tigray, which will not take part in voting, and in other areas.