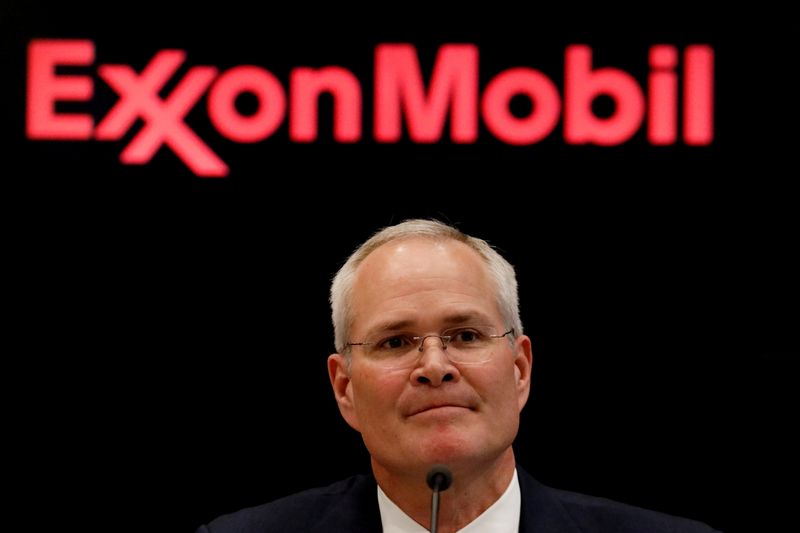 HOUSTON (Reuters) – Climate activists are prodding Exxon Mobil Corp (NYSE:)’s top shareholders to vote against the reelection of two directors, a move that could boost a hedge fund’s proxy fight to seat four candidates on the oil giant’s board.

Exxon is battling activist hedge fund Engine No. 1 over four seats on the 12-member board and the company’s future direction. The fund has criticized Exxon’s poor returns from heavy spending on fossil fuels and lack of a clear transition to cleaner fuels. It has support from some large pension funds in California and New York.

BlackRock and Vanguard declined to comment on their stance. Both have signed the Net Zero Asset Managers  Initiative, vowing to press portfolio companies to achieve net zero emissions by 2050 or sooner.

An Exxon spokesperson did not respond to a request for comment on the email campaign.

“The leadership of the boards of directors should be voted off” if their company fails to embrace the Paris Accord’s goal on limiting the rise in the global temperature, said Lisa Lindsley, director of investor engagement at Majority Action, one of the groups pressuring the Exxon shareholders.

Exxon, the top U.S. oil firm, has expanded its board, pledged to increase spending on lower-carbon initiatives and lower the intensity of its oilfield greenhouse gas emissions.

In a Reuters interview last week, Woods, the CEO, said big shareholders have been receptive to Exxon’s climate efforts.

Shareholders “are very encouraged by the fact that we’re taking a leadership role and helping to provide solutions to meet some of these broader ambitions,” Woods said.

Supporters from various groups have sent at least 10,000 emails to both BlackRock and Vanguard and made hundreds of phone calls to BlackRock’s offices, asking them to vote against Woods and Frazier, according to the Australian-based Sunrise Project, which is a part of a network of climate-focused groups that have zeroed in on the large money managers.

“It’s important to call on them to actually do more than just issue nice letters and press releases and actually make good on those commitments,” said Ben Cushing, who leads the Sierra Club’s Financial Advocacy campaign.