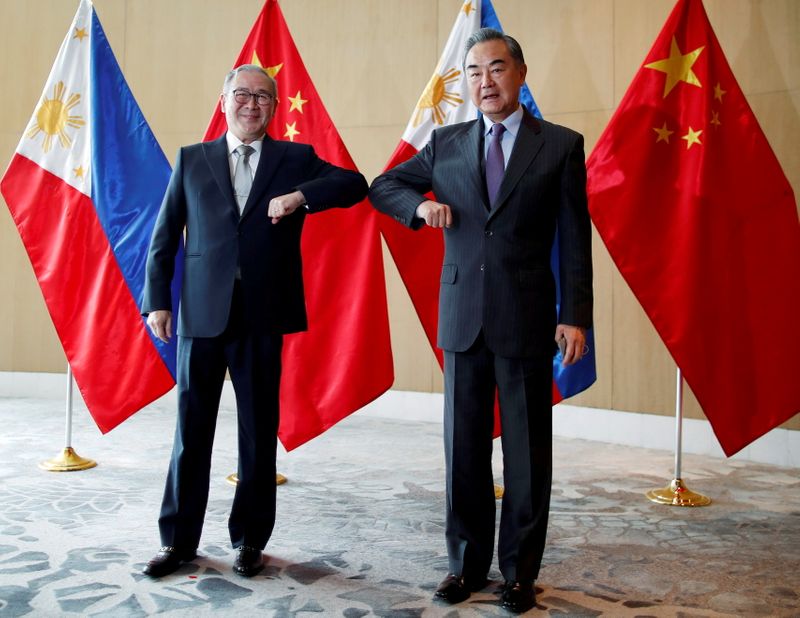 The comments by Teodoro Locsin, known for occasional blunt remarks, follow Manila’s protests over what it calls the illegal presence of hundreds of Chinese boats inside the Philippines’ 200-mile Exclusive Economic Zone (EEZ).

In a statement, China’s foreign ministry urged the Philippines to respect the nation’s sovereignty and jurisdiction and stop taking actions that complicate the situation.

“Facts have repeatedly proved that microphone diplomacy cannot change the facts, but can only undermine mutual trust,” it said.

“It is hoped that relevant people in the Philippines will comply with basic etiquette and their position when making remarks.”

The ministry cited comments by Philippines President Rodrigo Duterte that differences between the countries on individual issues should not affect friendship and cooperation.

“China has always worked, and will continue to work with the Philippines, to properly resolve differences and advance cooperation through friendly consultations.”

China claims almost the entire South China Sea, through which about $3 trillion of ship-borne trade passes each year. In 2016, an arbitration tribunal in the Hague ruled that its claim was inconsistent with international law.

“I won’t plead the last provocation as an excuse for losing it; but if Wang Yi is following Twitter then I’m sorry for hurting his feelings but his alone,” Locsin said on Twitter on Tuesday, referring to the Chinese government’s top diplomat.

Duterte has reminded his officials that there is no room for cursing in the matter of diplomacy. “Only the President can cuss,” his spokesman, Harry Roque, told a regular news conference.

Regeneron expects continuing demand for its COVID-19 therapy By Reuters

Facebook’s enters a ‘game of ping-pong’ over Trump ban