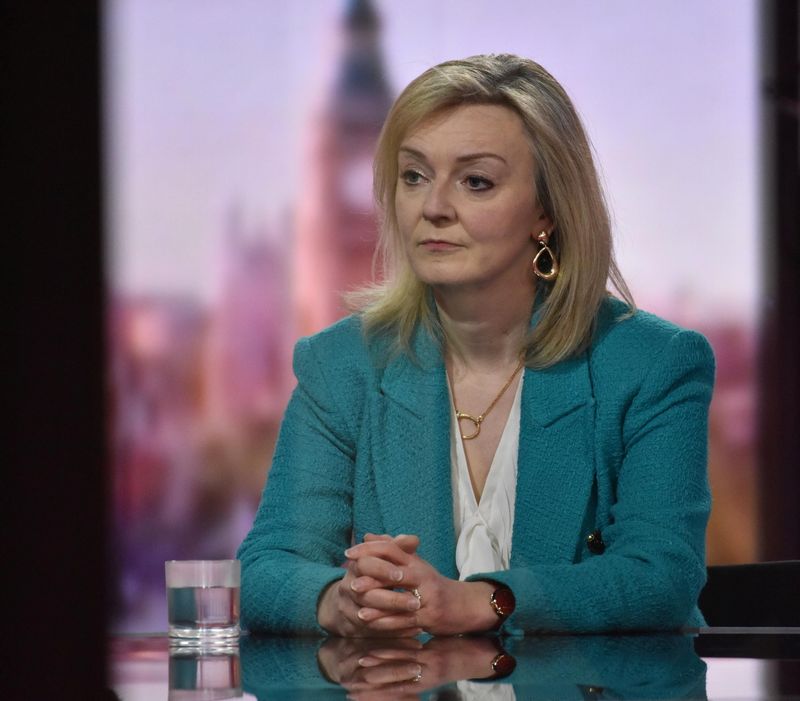 
LONDON (Reuters) – Britain is set to announce the green list for countries that people can travel to on holiday shortly, and will have the right procedures in place to ensure travel can happen safely, said trade minister Liz Truss on Tuesday.

Hopes that Britons will be able to travel to Europe rose on Monday after the European Union recommended easing restrictions to allow fully vaccinated foreign citizens and countries with a “good epidemiological situation”.

The British government said in mid-April it would announce which countries would be open for quarantine-free travel from England in early May, ahead of a plan to allow holidays again from May 17 at the earliest.

“I don’t think it will be much longer before we make those announcements,” Truss told Sky News.

Sources have suggested the list could be published on Friday, after local elections are held on Thursday.

“People are looking to book a holiday but I would encourage people to wait until we make that announcement,” Truss added.

Britain’s biggest airport, Heathrow, has raised concerns that any rise in passenger numbers could lead to long queues and overcrowding at border control as COVID-19 means border staff must check multiple forms.

Government has said it is working on plans to put proof of vaccination in a digital format to help speed up travel.

Truss said procedures would be in place to facilitate travel safely once it restarts.