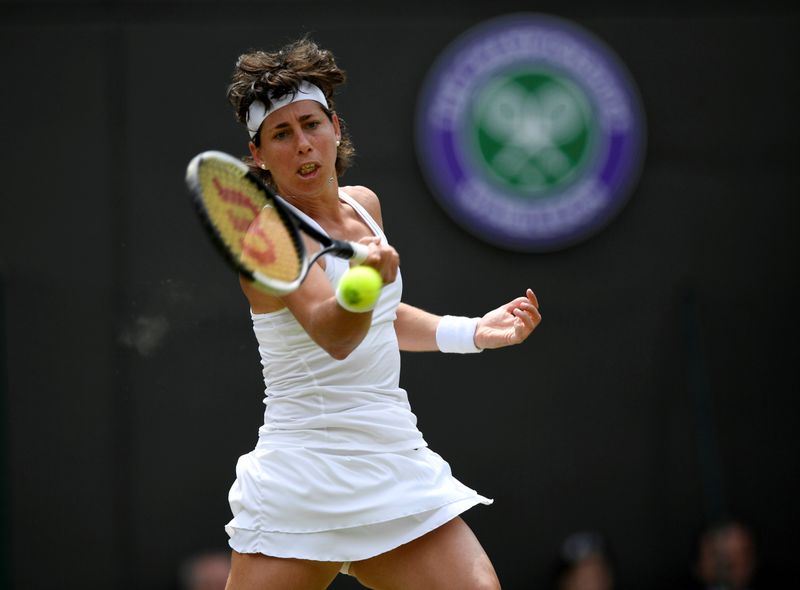 
(Reuters) – Former world number six Carla Suarez Navarro said on Thursday she has completed treatment for Hodgkin lymphoma and is cured of her cancer.

The 32-year-old Spaniard had announced last September that she was diagnosed with early stage Hodgkin lymphoma and would need to go through six months of chemotherapy.

“Another step forward,” Suarez Navarro wrote on Twitter where she announced that she finished treatment.

“Thanks to all for your warm messages. Every word of support gave me strength during the past few months.

“All my gratitude to healthcare professionals who take care of us every day. I’M CURED!”

Suarez Navarro, known for one of the best backhands in tennis, had planned to compete at last year’s U.S. Open but withdrew from the Grand Slam a week before it began for health reasons.

She revealed her diagnosis a week later, saying doctors told her she had a small, curable lymphoma that was detected at an early stage.

The Spaniard had said in late 2019 that she would retire at the end of 2020 but now intends to keep playing after her final season was interrupted by COVID-19 and her health issues.

According to a report on the WTA website, Suarez Navarro plans to play at the May 24-June 13 French Open, where she has direct entry into the main draw.