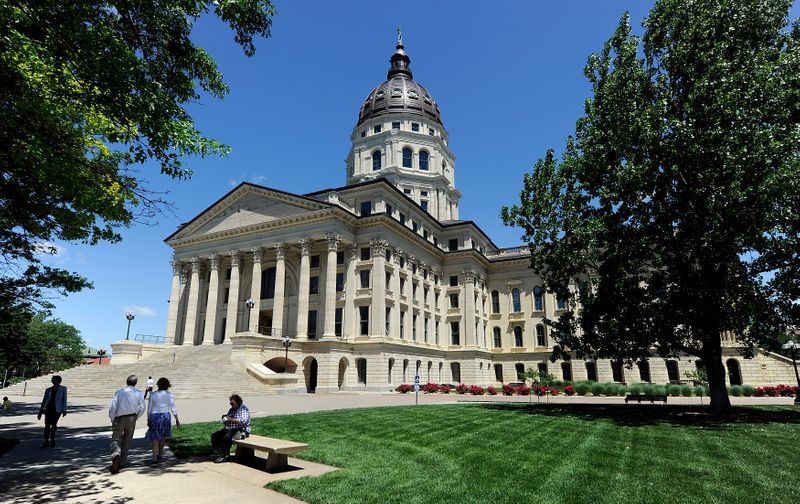 (Reuters) – Democratic Kansas Governor Laura Kelly on Thursday vetoed a Republican bill banning transgender girls from participating in school sports, in a setback for a broad campaign in statehouses across the country this year to restrict transgender rights.

The veto appears likely to stand as the votes passing the bill in the Republican-controlled House and Senate came up short of the number needed to override the governor, who cited the prospect of businesses boycotting the state as a reason for rejecting the bill.

“This legislation sends a devastating message that Kansas is not welcoming to all children and their families, including those who are transgender,” Kelly said in a statement announcing the veto. “As Kansans, we should be focused on how to include all students in extracurricular activities rather than how to exclude those who may be different than us.”

Republicans have introduced similar bills in statehouses across the country, saying they aim to protect fairness in women’s and girls’ sports, even though transgender athletes are not dominating their sports and very few participate.

Arkansas and Mississippi have passed similar bills banning trans girls and women from female sports, and South Dakota’s governor signed an executive order to that effect.

More than 20 states have weighed around 100 bills that would limit transgender rights, such one that the Arkansas passed banning certain types of gender-affirming healthcare treatment to transgender youth.

The Arkansas legislature overrode the governor’s veto, making that state the first to ban puberty blockers, cross-sex hormones or gender-affirming surgery to minors.

Proponents of the healthcare bills say they want to protect children from medical procedures they will later regret.

Transgender advocates and civil rights groups have vowed to contest the sports and healthcare measures, calling them unconstitutional attempts to animate the right wing in the U.S. culture war.