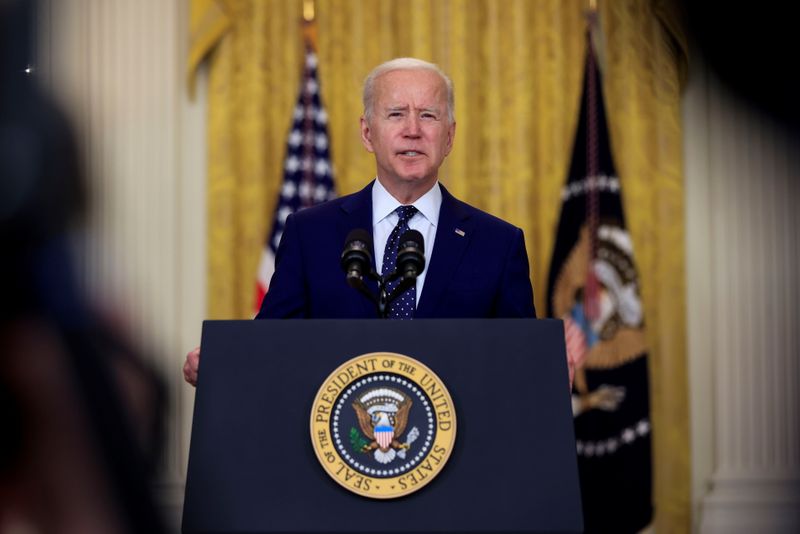 
By Valerie Volcovici and Jake Spring

WASHINGTON (Reuters) – Over a dozen Democratic senators on Friday urged U.S. President Joe Biden to withhold financial assistance to Brazil unless it demonstrates it is reducing deforestation in the Amazon (NASDAQ:) and cracking down on environmental crimes.

They warned Biden to be wary of pledges by the right-wing South American leader. Deforestation in Brazil’s portion of the Amazon rainforest has skyrocketed under Bolsonaro, hitting a 12-year high in 2020 with an area 14 times the size of New York City being destroyed, government data show. Bolsonaro has also weakened environmental enforcement and urged development in the area.

The U.S. and Brazil have been in talks since February over a potential deal to finance efforts to combat illegal deforestation, although sources told Reuters the negotiations are at an impasse ahead of next week’s summit because the U.S. is demanding results up front.

Bolsonaro said in a letter to Biden on Wednesday that Brazil would end illegal deforestation by 2030, reaffirming a commitment the country made in 2015.

Brazil is seeking $1 billion in aid from the United States and other countries as a pre-condition to reducing deforestation by between 30% and 40% over a 12-month period.

Kerry said in a tweet on Friday that Bolsonaro’s “recommitment to eliminating illegal deforestation is important” and called for his “engagement with indigenous populations and civil society so this announcement can deliver tangible results.”

Norway’s environment minister told Reuters https://www.reuters.com/business/environment/brazil-must-show-amazon-protection-is-working-top-donor-norway-says-2021-04-14 this week that it will withhold payments into the Amazon fund, created a decade ago to combat deforestation, until Brazil can demonstrate that it is protecting the rainforest.