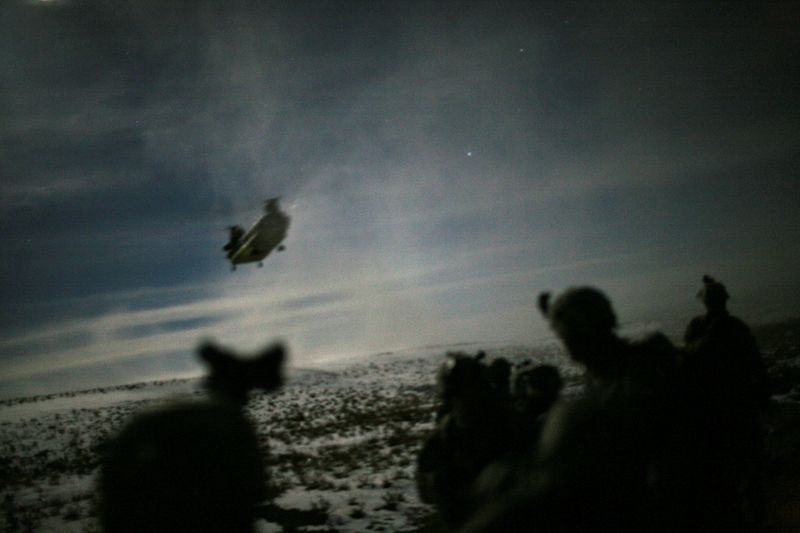 
WASHINGTON (Reuters) – The Pentagon said on Friday the preliminary plan on Afghanistan is for at least some contractors to be removed during the United States’ military withdrawal from the country.

President Joe Biden said on Wednesday U.S. troops will be withdrawn from Afghanistan starting May 1 to end America’s longest war, rejecting calls for them to stay to ensure a peaceful resolution to that nation’s grinding internal conflict.

As of October, there were more than 18,000 such contractors, including 6,000 Americans and 7,000 third-country nationals, according to a U.S. government watchdog.

“There are preliminary plans that are being revised to extract contractors with military personnel,” Pentagon spokesman John Kirby (NYSE:) said.

He added he had no details on how many contractors would be removed and suggested the plans could change.

The Afghan government relies heavily on foreign contractors and trainers, including for the maintenance of some military aircraft.

The top U.S. diplomat on Thursday tried to reassure Afghan President Ashraf Ghani that despite the departure of U.S. troops, the United States would remain committed to Afghanistan.

The foreign troop withdrawals have raised concerns that the country could erupt in full-scale civil war, providing al Qaeda space in which to rebuild and plan new attacks on U.S. and other targets.

Even as U.S. Secretary of State Antony Blinken visited Kabul, the Taliban reiterated a call for an “immediate” withdrawal of all foreign forces, accusing Washington of breaching a February 2020 accord – secured by the Trump administration – to complete a U.S. troop pullout by May 1.

The Taliban statement appeared to make an implicit threat, warning that “in principle” their fighters would “take every necessary countermeasure, hence the American side will be held responsible for all future consequences.”

The Pentagon’s Kirby said the United States had seen the threats and it would be imprudent from the military to not take them seriously.