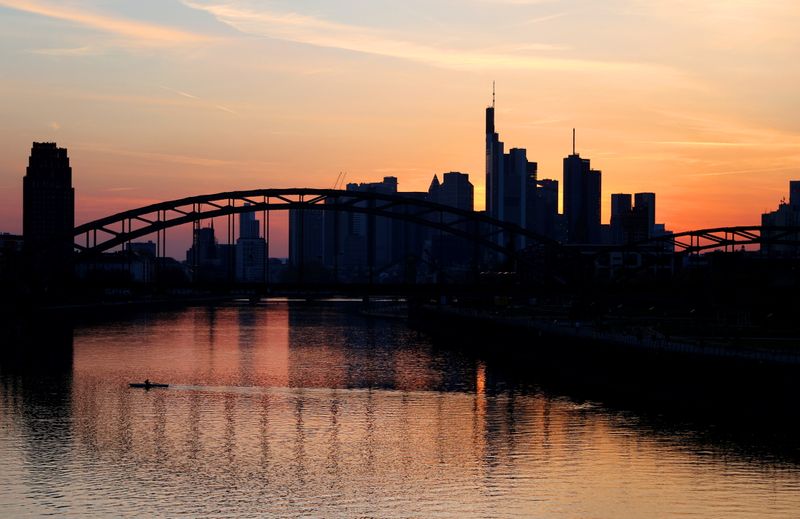 The ZEW said its survey of investor economic sentiment fell to 70.7 points, its first drop since November 2020, from 76.6 the previous month. A Reuters poll had forecast a rise to 79.0.

“The financial market experts are somewhat less euphoric than in the previous month,” ZEW President Achim Wambach said in a statement. “The ZEW indicator of economic sentiment is, however, still at a very high level and the current situation is assessed much more positively than in March.”

Germany tightened lockdown measures in December to counter a third-wave of coronavirus infections and the economy is expected to shrink in the first three months of the year.

Hopes of a return to growth in the second quarter have been dampened by expectations that restrictive measures will be extended beyond mid-April to stop infections from rising exponentially.

“The ZEW indicator is preparing us for yet another postponement of the anticipated economic recovery,” said Thomas Gitzel, chief economist at VP Bank Group. “The bar for gross domestic product growth in the second quarter is too high. The ZEW headline figure tells us the bar should be lowered.”

Economists had earlier this year forecast German growth of 3% based on hopes of slow return to normal economic activity.

ZEW’s gauge of current conditions rose to -48.8 points from -61.0 the previous month, confirming assessments that the German economy remains in a relatively good state as rising demand for goods from China and the United States keeps factories humming.

“Fears of a stricter lockdown have led to a decline in expectations for private consumption,” Wambach said. “Nevertheless, the outlook for exports is better than in the previous month.”

Coinbase revenue tripled in Q1, plans to add bank-like services and to list DOGE By Cointelegraph