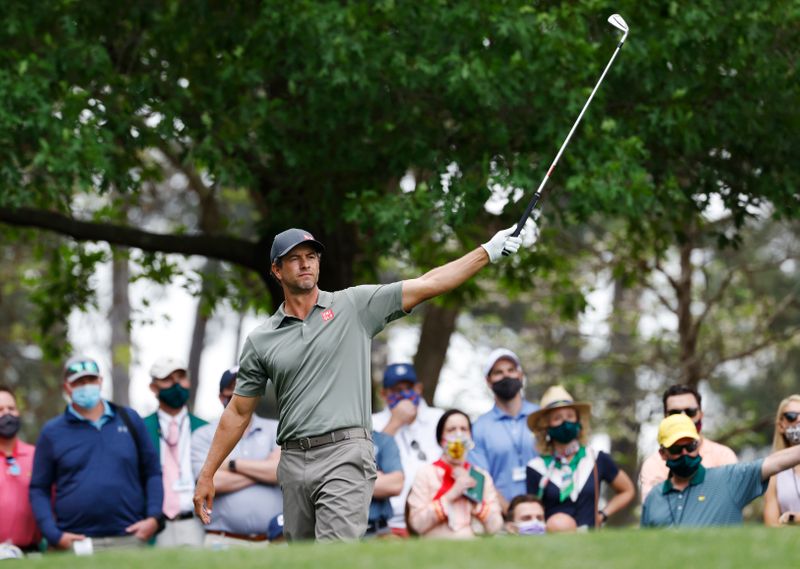 AUGUSTA, Ga. (Reuters) – Adam Scott vividly remembers the reception he received in Japan after winning the Masters eight years ago, so the Australian has an inkling of what Hideki Matsuyama has in store when he returns home wearing the champion’s green jacket.

Scott, a team-mate of Matsuyama’s on four International teams for the Presidents Cup, was delighted to see the 29-year-old win the Masters at Augusta National on Sunday to become Japan’s first male major champion.

“I took the green jacket over there (to Japan) and it was an incredible response I got, so I can only imagine what Hideki will experience,” Scott said after finishing 54th, last among those who made the cut.

Matsuyama carried the weight of his nation’s expectations on his broad shoulders, surviving some nervous moments late before securing a famous one-shot victory.

“I felt sorry for him last night because I think it was probably one of the hardest sleeps he’s ever had,” said another Masters champion, 2011 winner Charl Schwartzel of South Africa.

Scott and Schwartzel both offered some insight into Matsuyama’s character, based on their Presidents Cup experiences together.

“I think he probably knows a little more English than he lets on, but it’s easy for him to kind of put the blinkers on and really not get distracted by much noise,” Scott said.

“I think he’s quite an intense character, actually, even though we don’t really see that, obsessive about his game.”

Added Schwartzel: “When I won the green jacket, he was low amateur, so he was sitting next to me when I was at presentation.

“He’s shown us all over the last 10 years that he’s been out here that when he gets going, he’s a guy that feeds off confidence.

“I think he can get down on himself when he starts playing badly. He sets high expectations.”

Expectations that were more than met this week.

Far-flung U.S. citizens clamour for vaccines from embassies By Reuters