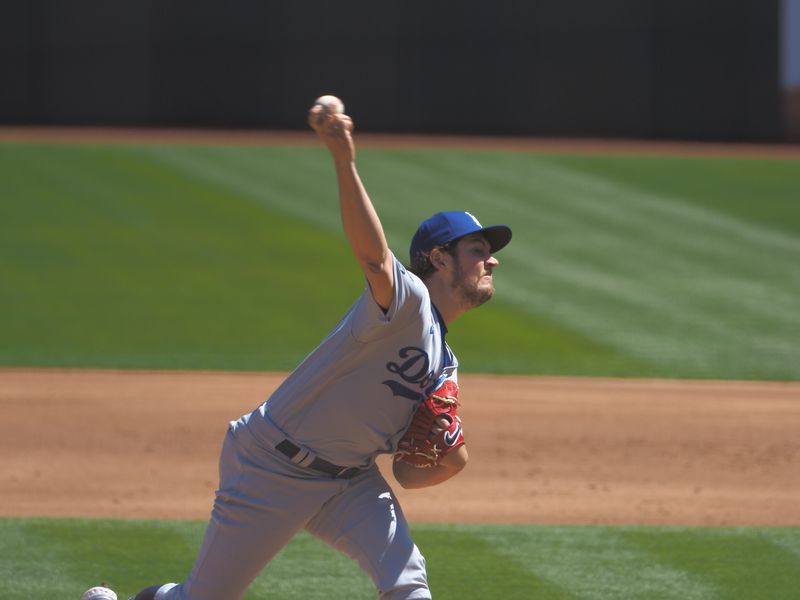 
Major League Baseball is examining multiple baseballs used by Dodgers right-hander Trevor Bauer that raised suspicion during Los Angeles’ Wednesday game against the Oakland Athletics, according to a Thursday report from The Athletic.

Umpires collected the balls, which had “visible markings and were sticky,” per The Athletic. The balls reportedly were sent to the league office for additional inspection.

Bauer appeared to respond to the allegation, posting on Twitter, “Lol always fun reading desperate and misleading clickbait headlines from national gossip bloggers. To translate fake journalist speak for y’all, ‘It’s unclear whether’ = ‘I can’t be bothered to look into this cuz it doesn’t fit my narrative.'”

Pitchers are prohibited from using foreign substances to doctor baseballs. Such substances can affect a pitcher’s grip and the sharpness of breaking pitches, potentially giving those throwing the balls an unfair advantage over hitters.

Bauer, 30, signed a three-year, $102 million deal with the Dodgers during the offseason. He won the National League Cy Young Award last season with the Cincinnati Reds.

On Wednesday, Bauer limited Athletics hitters to two runs on three hits in 6 2/3 innings. He walked one and struck out 10, giving him double-digit strikeouts in each of his first two starts for Los Angeles.

The league sent a memo to teams March 23 stating that one point of emphasis this season would be monitoring pitchers and enforcing rules against using foreign substances on baseballs.

However, even if the baseballs used by Bauer are determined to have foreign substances, The Athletic reported that it could be difficult for the league to prove that he was responsible for doctoring those baseballs.

In 2014, right-hander Michael Pineda drew a 10-game suspension with the New York Yankees when he was found to have a foreign substance on his neck during a pitching appearance. That situation presented a more clear-cut case against the pitcher.

“I don’t believe unless you can catch somebody in the act, doing it in the moment, and you get something on their hand or on their person, that you can truly prove 100 percent that they are doing it,” an unnamed general manager told The Athletic. “We all know. But to suspend somebody for 10 games, you’ve got to have real evidence.”