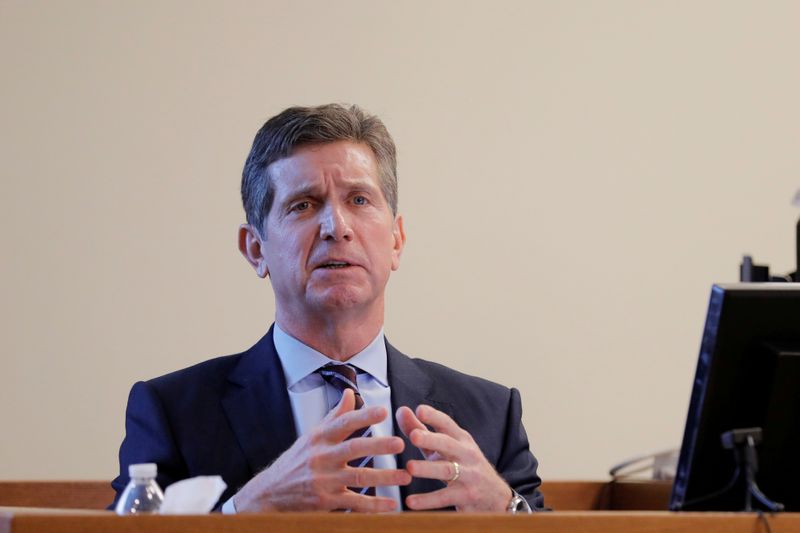 J&J is attracting investor scrutiny because it partially shields Gorsky from some $9 billion in costs over two years that have arisen from lawsuits claiming the healthcare company fueled the U.S. opioid crisis and allegations of asbestos in its talc baby powder.

In a note to shareholders on Thursday, ISS said “…investors may nonetheless expect an explanation from the company of how the compensation committee considered the extraordinarily large litigation charges when making compensation decisions.”

Last week, Glass Lewis based its recommendation on the argument that the healthcare company was shielding its top executives from the legal cost of poor business decisions.

J&J did not immediately respond to a request for comment on the ISS note outside regular business hours.

The company has previously said it has always set aside certain one-time costs, such as litigation, when calculating stock awards for executives, an approach common across corporate America.

Gorsky’s compensation totaled $29.6 million in 2020, up 17% from the previous year. A non-binding resolution on the pay packages will be up for a vote at the company’s annual general meeting on April 22.

Gorsky, who became CEO in 2012, has been at the helm of J&J during the opioid abuse and addiction crisis, which according to the U.S. Centers for Disease Control and Prevention claimed nearly 450,000 lives in the United States between 1999 and 2018.

In 2019, 50,000 people died in the U.S. from opioid related overdoses, according to the National Institute of Health.

J&J has denied any part in fueling the crisis.

Oil Up 6% on Week, Volatility Could Return By Investing.com