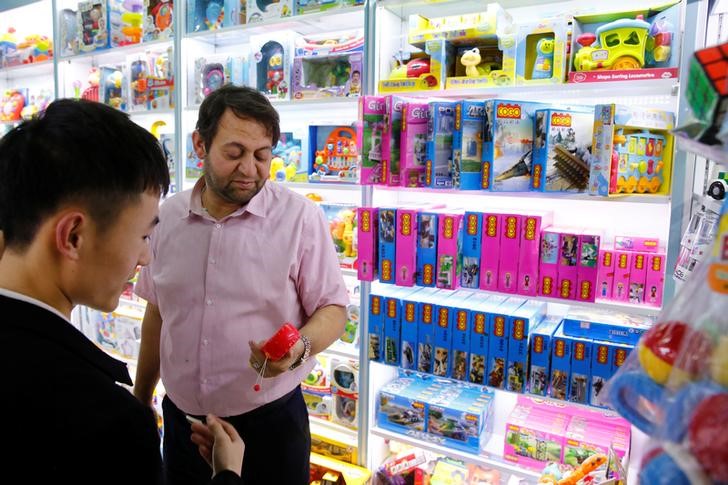 Investing.com – China continued on a steady path towards economic recovery from COVID-19, as factory gate prices rose at their since July 2018 in March and growth in the second-largest economy globally continued to increase its pace.

Data from the National Bureau of Statistics (NBS) said that the (PPI) grew 4.4% year-on-year in March, exceeding the 3.5% growth in forecasts prepared by Investing.com and February’s 1.7% growth.

“Markets may become increasingly concerned about pressures from rising inflation on Beijing’s policy stance, but we expect Beijing will stick to its ‘no sharp policy shift’ commitment,”, with annual PPI inflation to rise to around 6.0% mid-year and “moderate thereafter,” Nomura chief China economist Ting Lu told Bloomberg.

Meanwhile, the People’s Bank of China shifted to a steadier stance as the country’s economic recovery solidified. The central bank rolled out measures including interest rate and reserve ratio cuts in early 2020 to counter COIVD-19’s economic impact,

The data is the latest indicator pointing towards solid economic growth during the first quarter of 2021. The and Purchasing Managers’ Indexes released during the previous week indicated that China’s manufacturing activity expanded at the quickest pace in three months in March.

Falling food prices, especially for pork, continued to drag on consumer inflation in February, a note from an NBS official released alongside the data said.

Although China set a modest growth target of above 6% for 2021 earlier in the year, investors are widely expecting growth to exceed 8%. They remain cautious, however, as COVID-19 uncertainties continue to cloud the economic outlook.