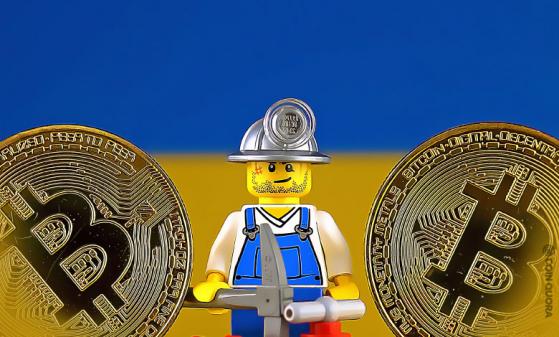 
Over 652 Ukrainians including Civil servants, policemen, diplomats, have revealed that they own bitcoin and other cryptos, according to opendatabot. However, proceeding with a law that requires crypto holding declarations. Moreover, 46,531 bitcoins worth $2.6 billion have been declared.

Bitcoins are declared in a significant amount for this country that has a Gross Domestic Product (GDP) of $150 billion for 44 million people. However, 397 and 157 officials have declared ownership of Bitcoin and .

There was a plunge in the domestic popularity of Russia’s President Vladimir Putin. On the other hand, Lithuania will propose that NATO Allies offer a Membership Action Plan (MAP) to Ukraine.

Added to this, Ukraine is in a race to get Turkish drones. However, Ukraine has bought six drones already, with 48 being assembled. Also, it plans joint production in Ukraine itself. This makes 2021 a different case from 2014, with some reasoning this is just Putin’s form of diplomacy with Biden.

Russians were quite bored of Putin. However, he has ruled over two decades and has not done a good job. This is because he has been antagonistic with his neighbors. For instance, this makes Russians exit with many emigrating while few have been exiled.

In Spite of people contributing a lot to science and the arts, but for a few reasons their central government seems to be a lot more interested in spending money on raising tensions with European Ukraine.

Furthermore, it is no surprise Ukrainians are accumulating bitcoin just in case Putin is stupid enough to really think this is the last century. Even more, not that would be a surprise since Russia for some reason seems to be always a century behind, with that cause presumably being dictators exiling their best.