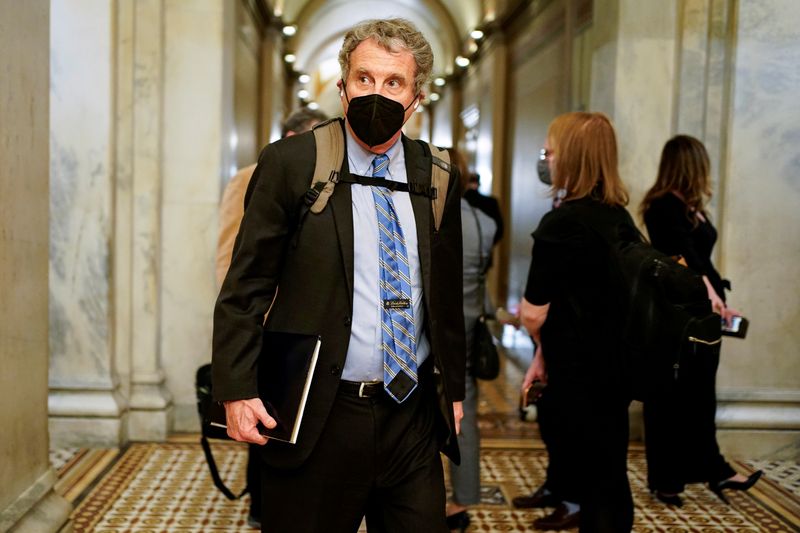 WASHINGTON (Reuters) – The Democratic chair of the U.S. Senate Banking Committee has written to several large banks, including Credit Suisse (SIX:) and Japan’s Nomura, asking them for information on their relationship with New York-based Archegos Capital Management after the fund imploded last month.

Senator Sherrod Brown asked the bank’s chiefs to detail how their institutions came to do business with Archegos, a family office run by ex-Tiger Asia manager Bill Hwang. Archegos’ soured leveraged bets on media stocks have left the fund and banks that financed its trades nursing billions of dollars in losses.

In addition to Credit Suisse and Nomura, which lost $4.7 billion and $2 billion, respectively, Brown sent the letters to Goldman Sachs (NYSE:) and Morgan Stanley (NYSE:) which did not lose money on the trades, Reuters and other media outlets have reported.

The letters signal that the fallout from the Archegos meltdown is spreading in Washington, where policymakers are already mulling new rules on nonbanks and how traditional banks may be exposed to their risks.

“I am troubled, but not surprised, by the news reports that Archegos entered into risky derivatives transactions facilitated by major investment banks,” Brown wrote in the letters.

“The massive transactions, and losses, raise several questions regarding [the banks’] relationship with Archegos and the treatment of so-called ‘family offices,’ Mr. Hwang’s history, and the transactions.”

Brown pressed for details on how banks do business with “family offices,” lightly regulated funds that manage individuals’ and families’ personal fortunes, the services provided to them by the banks, and how the banks decide on the amount of credit to extend.

He also quizzed the lenders on whether bank supervisors or bank risk committees signed off on their dealings with Archegos, given Hwang had previously been punished by the U.S. Securities and Exchange Commission for alleged insider trading.