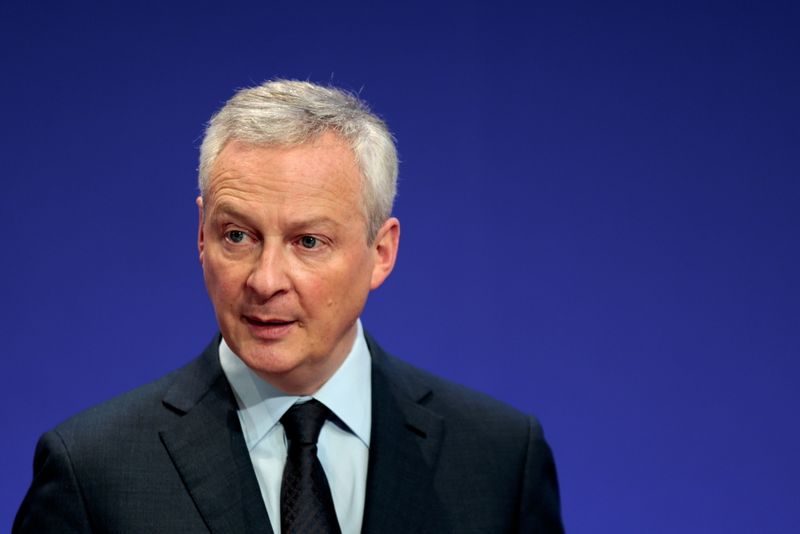 © Reuters. Launching of the 2020 income tax campaign in France

He said his U.S. counterpart Janet Yellen had suggested this week that a broader range of companies should be covered by new rules for taxing multinationals which are being negotiated at the Organisation for Economic Cooperation and Development.

“If we can be assured that the American proposal covers all of the digital giants without exception, it appears to us to be an interesting point of departure,” Le Maire told journalists.

Frustrated like many governments that big digital giants like Google (NASDAQ:) and Facebook (NASDAQ:) can legally book profits in low-tax countries like Ireland, France in 2019 imposed a digital service tax that it has promised to drop once there is an OECD deal in place.

However, France remains subject to a threat of U.S. tariff retaliation which the previous administration of Donald Trump put in place, judging that the French tax unfairly discriminates against U.S. companies.

Le Maire also said that he was open to considering a higher global minimum corporate tax rate than what had been under consideration so far in the OECD talks.

A rate of 12.5% had been under discussion so far in the negotiations until Washington proposed a rate of 21% this week.