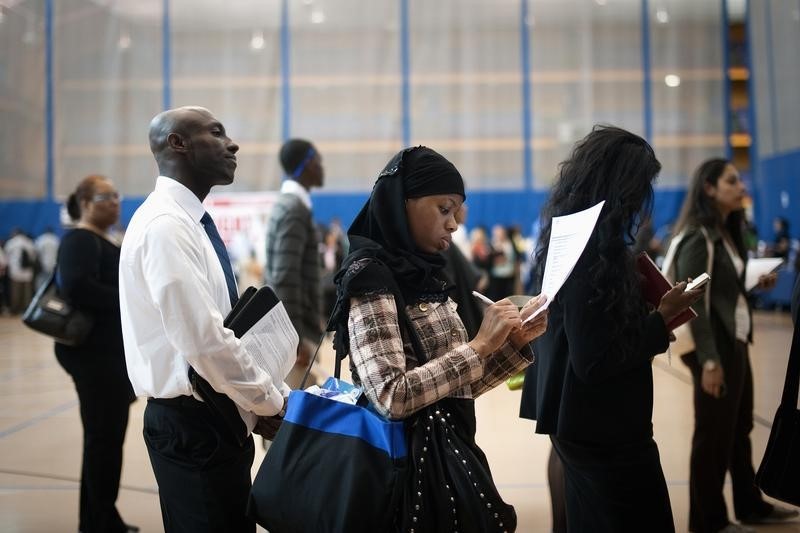 Investing.com — The recovery of the U.S. labor market from the Covid-19 pandemic remains uneven, official data showed on Thursday, as layoffs appeared to tick up again.

The number of people filing for jobless benefits rose to 744,000, defying expectations for a drop to 680,000. The previous week’s number was also revised up a touch.

The numbers come only a week after the monthly labor market report for March showed the U.S. economy creating jobs at its fastest rate in months.

Continuing claims, which are reported with a one-week lag to initial ones, did fall modestly to 3.734 million, from an upwardly-revised figure of 3.750 million the previous week. Meanwhile, the overall number of people claiming benefits under unemployment-related programs fell by 51,000 to 18.165 million.

Weekly numbers from the Labor Department have been subject to a high degree of volatility, as various states appear to have had problems processing and evaluating their data.

“It’s a surprise that jobless claims aren’t improving more quickly,” Daniel Zhao, senior economist at Glassdoor, said via Twitter. “The increase over the last 2 weeks is moderately concerning—claims should be falling.”

The minutes from the Federal Reserve’s last policy meeting, released on Wednesday, had again listed the high level of unemployment as the chief reason why it won’t wind down the aggressive monetary stimulus that has now been in place for over a year. While the labor market report showed the economy had created 917,000 jobs in March, overall net job destruction since the start of the pandemic is still around 10 million.

Ethereum bulls hedge their bets ahead of next week’s $250M ETH...