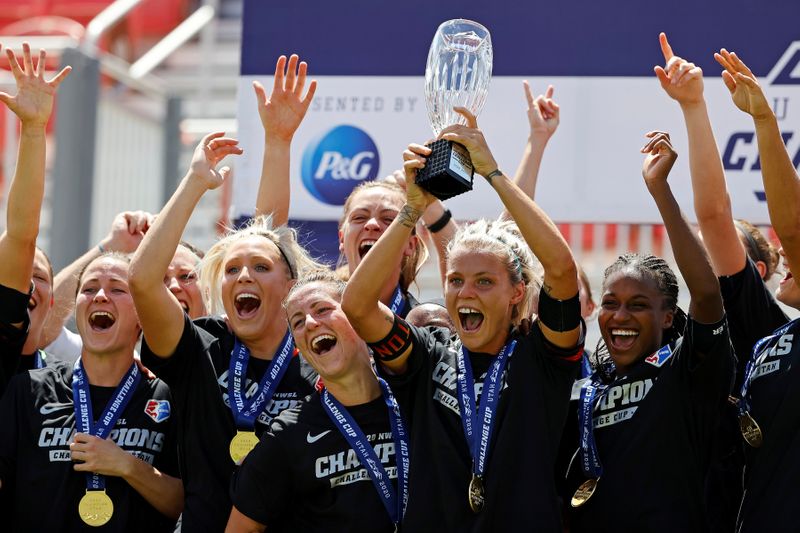 
(Reuters) – The Houston will fight to defend their Challenge Cup title as the National Women’s Soccer League (NWSL) returns to action on Friday at a pivotal moment for the league.

The NWSL and the players’ association said on Wednesday they had begun formal negotiations for their first ever collective bargaining agreement (CBA) after record-breaking viewership for last year’s single-site, inaugural Challenge Cup tournament.

“The collaboration between the league, our clubs and the NWSL players has been absolutely critical to our collective success this past year,” Commissioner Lisa Baird said in a statement.

“We’re all eager to better define the relationship between the league and the extraordinary women that take the pitch each week.”

At stake in the negotiations are player salary and benefits, as well as travel conditions and safety issues.

The Challenge Cup, which was played last year in front of empty stands in a ‘bubble’ setting, will see the Chicago Red Stars out for revenge after the underdog Dash produced an upset 2-0 win in the final.

“(Chicago Coach Rory Dames) has been able to keep a core group here and it has created a culture that is so highly competitive and so hard to play against,” Red Stars forward Kealia Watt told NWSL Live.

“It’s not fun to play the Red Stars because it’s just a hardworking, blue collar but also very technical team.”

A key part of that roster – including World Cup-winning midfielder Julie Ertz and keeper Alyssa Naeher – will be absent from the start of the competition as members of the U.S. women’s team travel for a pair of friendlies in Europe this month.

National team players can expect added scrutiny on their return, with U.S. coach Vlatko Andonovski saying last month he will keep a close eye on NWSL performances as he finalises his 18-player roster for the Tokyo Olympics which start in July.

The Dash and Red Stars kick off the NWSL’s Challenge Cup at 8:30 p.m. ET on Friday.