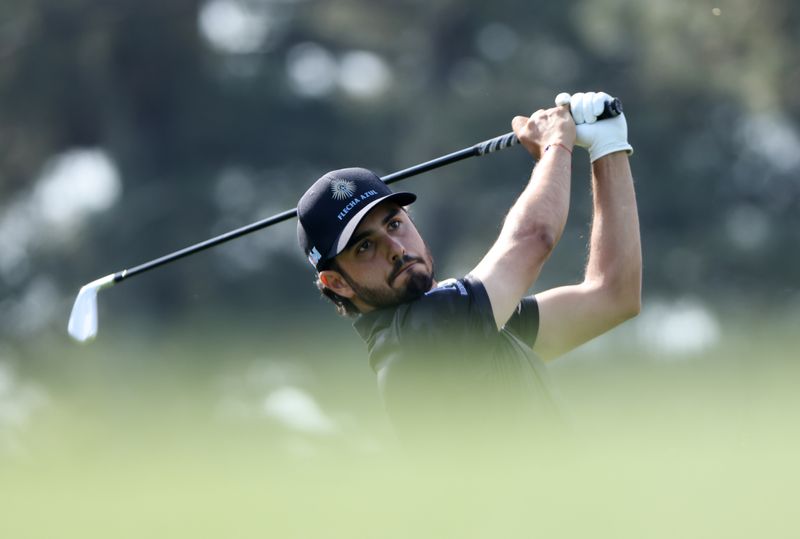 
(Reuters) – Abraham Ancer was handed a two-stroke penalty after the first round of the Masters on Thursday after his club touched the sand before hitting a shot from a greenside bunker, Augusta National said, adjusting his score to a three-over-par 75 from a 73.

The infraction came at the par-five 15th and the penalty means the Mexican made a triple-bogey at the hole, leaving him in a tie for 52nd place, 10 strokes behind leader Justin Rose.

“After Mr. Ancer had signed his scorecard … video evidence was reviewed by the Committee regarding a potential breach of Rule 12.2b(1), which states that touching sand in a bunker right behind the ball results in a penalty,” Augusta National said.

“The touching of the sand was deemed visible to the naked eye. Had this not been the case, the video evidence would have been disregarded and a penalty would not have been applied.”

Ancer, playing in his second Masters, said he had been informed the penalty was for “unintentionally grazing the sand” with his backswing.

“While I’m gutted, I can’t wait to get after it tomorrow,” he tweeted.