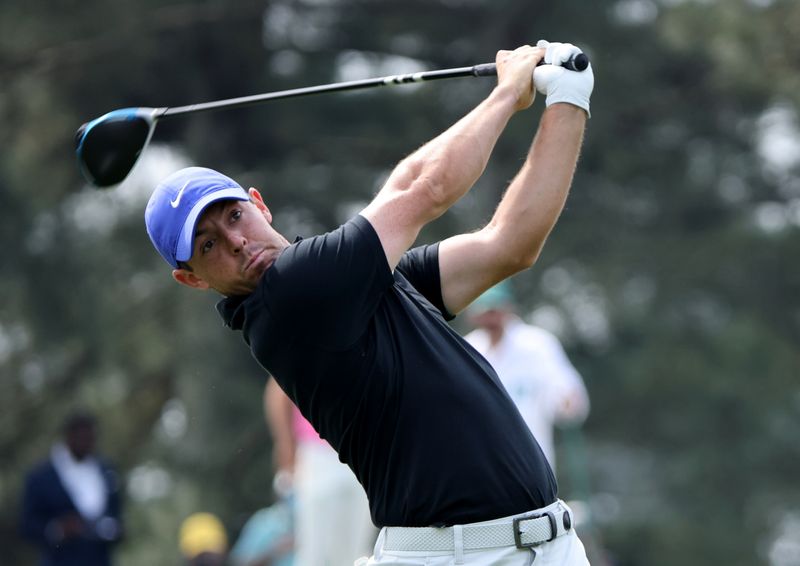 
AUGUSTA, Ga. (Reuters) – Rory’s McIlroy endured his worst ever start to a Masters on Thursday and while it may well leave a mark on his psyche, the Northern Irishman’s father may have felt the sting even more after being struck by one of his son’s errant shots.

McIlroy, who two weeks ago sent a tee shot into a swimming pool at a Match Play event in Austin, hit his father in the left leg with his second shot at the par-four seventh hole en route to one of six bogeys during a four-over-par 76.

The former world number one, who was tucked behind a tree left of the fairway and with an awkward angle into the green, yelled “fore” as his approach sailed to the other side of the fairway where he knew his father was standing.

“I knew it was my dad when I was aiming at him,” said McIlroy. “Probably 30 seconds before it hit him.”

McIlroy’s father appeared OK as he walked away from the incident and even joked with a nearby reporter that he was going to demand an autographed glove from his son.

“He’s seen me sign plenty of stuff over the years, so I think that’s the least of his worries,” said McIlroy. “I think he just needs to go put some ice on it, maybe I’ll autograph a bag of frozen peas for him.”

For McIlroy, this week marks his seventh attempt to complete the career Grand Slam of golf’s four majors and it follows an inconsistent stretch where poor play has more than outweighed any good spells.

At last year’s Masters, played in much softer November conditions, McIlroy bounced back from an opening 75 to finish tied for fifth.