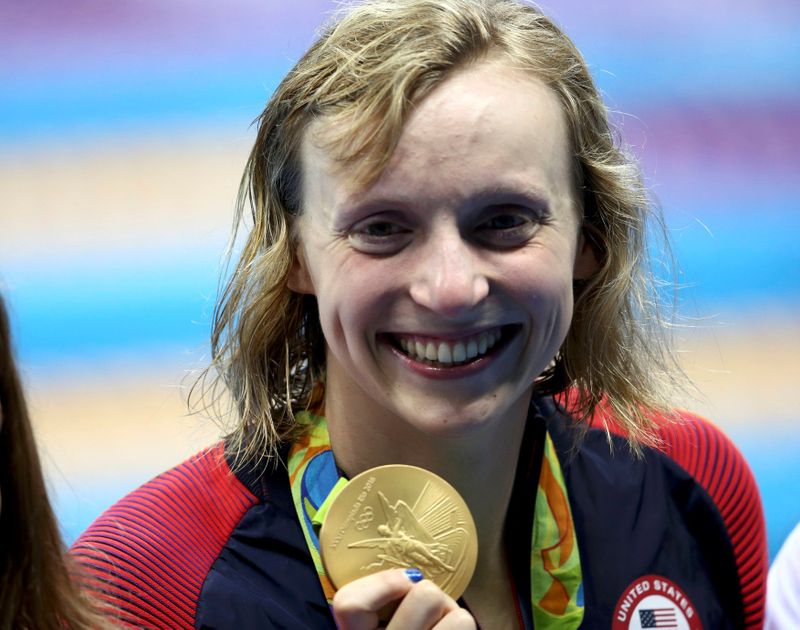 (Reuters) – Katie Ledecky and other U.S. Olympic hopefuls will get a taste of Tokyo at a Mission Viejo swim meet this weekend that will provide a dress rehearsal for the Games with morning finals and evening preliminaries.

Not since the 2008 Beijing Olympics have swimmers had to deal with the scheduling flip flop put in place to allow broadcasters to televise races live in prime time back in the United States.

At those Olympics it was Michael Phelps and his quest for eight gold medals in the spotlight while in Tokyo it will be Ledecky and Caeleb Dressel getting the prime time treatment.

Having claimed five gold medals from the 2012 London and 2016 Rio Olympics, Ledecky could double her career haul in Tokyo where she will swim the 200, 400, 800 and 1,500 metres freestyle events as well as relays.

Ledecky’s Olympic program is certainly worthy of prime time, highlighted by the 24-year-old’s bid for an historic double by winning the 1,500m, a new event for the women in Tokyo, and 200m on the same day.

Adding to the difficulty, Ledecky will have to drag herself out of bed and quickly get in gear to get to the top of the podium.

“It’s something I’ve been thinking about this past year, just making sure I am doing everything I can to prepare myself both mentally and physically for those different things.”

The meet this week in Mission Viejo, California will represent the one and only chance swimmers have to get a feel for morning finals and fine tune their pre-race routines.

While they are use to gruelling early morning training sessions, peaking for an Olympic final will require a few resets.

“This week is a great opportunity for me to practise things and also hopefully come away with some takeaways of what I can do better next time we have the flip schedule which will be in Tokyo,” said Ledecky, the world record holder in 400, 800 and 1,500 metres.

“Just making sure I am alert, thinking about what I am eating, what fuel I want to have going into finals in the morning.

“Over the last couple of years my coaches have added some tougher morning practices so we’ve been swimming fast in the morning in training so I am not really concerned about the fact I am able to race.”

Some EU countries to miss April deadline for recovery plans: Commission By Reuters