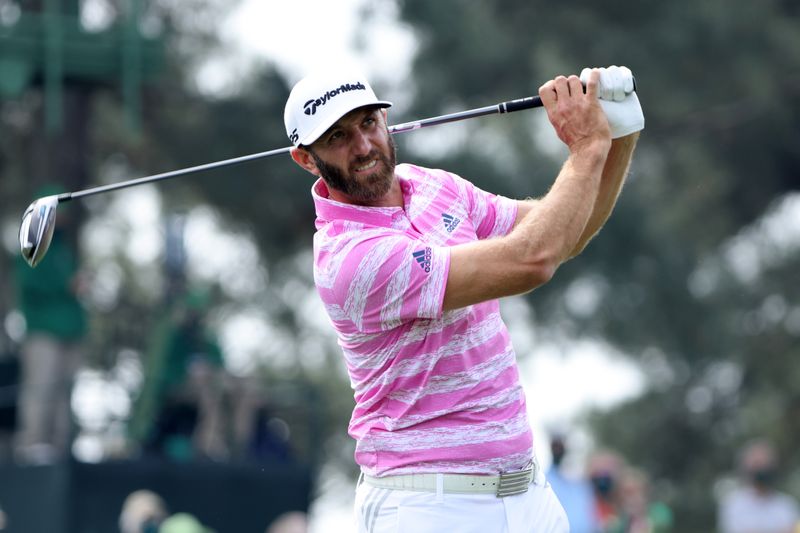 AUGUSTA, Ga. (Reuters) – Dustin Johnson knew this week’s Masters, back in its traditional spot on the calendar, would be more challenging than his record-setting triumph last November but on Thursday he endured quite a reality check in windy and fast conditions at Augusta National.

The world number one got as low as one under par during the first round at the year’s first major but made bogey at the par-three 16th and double-bogey at the par-four 18th which left him at two-over-par 74.

The conditions were in stark contrast to last year when Johnson took full advantage of a soft layout with blistered drives, laser-like approaches and solid putting en route to a 20-under-par 268 total that was the lowest in Masters history.

“The conditions are definitely different,” Johnson said after his first over-par round at Augusta National since 2018. “The course is a little bit firmer and faster. But it’s still the same golf course.

“Playing definitely a lot tougher just because, when the greens are firm and fast here, the golf course plays difficult. Then you add the wind in today, it made it play really difficult.”

Johnson said the conditions were not the only factor in his sluggish start as he admitted his game is not as sharp as it was in November and that he needed to dial in his irons a bit.

The two-times major champion also said he does not feel any added pressure this week as he tries to put himself in elite company as only Jack Nicklaus, Nick Faldo and Tiger Woods have won back-to-back Masters titles.

“If anything, I’m a little more relaxed out there,” said Johnson. “Today, like I said, it just played tough. I felt like I played pretty well too, or got it around pretty well.

“Obviously, the last hole kind of stings a little bit. But go to the range, hit a few balls. I feel like I’m swinging well, playing good. Looking forward to the rest of the week.”

Russia to expel Ukrainian diplomat as tensions simmer By Reuters