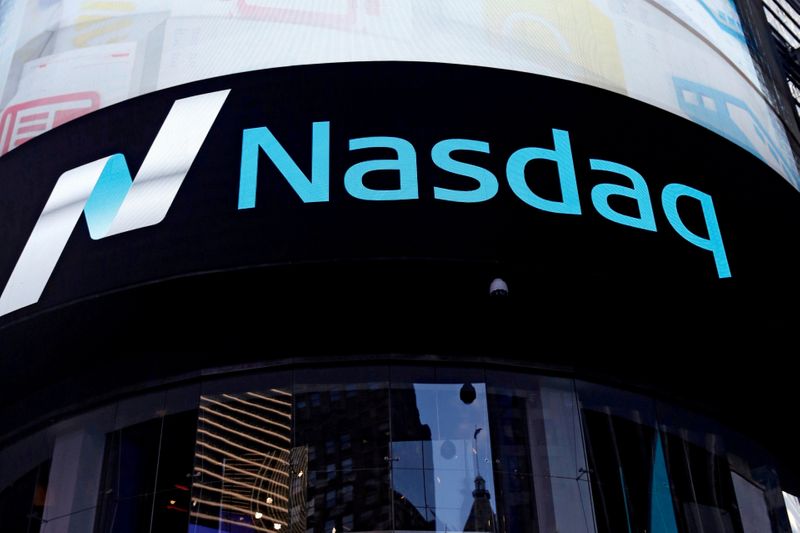 © Reuters. FILE PHOTO: A view of the exterior of the Nasdaq market site in the Manhattan borough of New York City

SAO PAULO (Reuters) – Brazilian payments firm Elo has chosen six banks to manage its initial public offering, four sources close to the matter said, in the first concrete sign it is proceeding with a move first proposed by shareholders in August.

The payments network – launched a decade ago to compete with Visa Inc (NYSE:) and Mastercard Inc (NYSE:) – is planning an IPO on Nasdaq, the sources said, following recent successful listings by Brazilian financial services firms such as XP (NASDAQ:) Inc and StoneCo Ltd.

One of the sources said Elo is pursuing a valuation of around $7 billion through the flotation, which another source said is likely to happen in the second half of the year. Elo declined to comment on the matter.

Bradesco, Banco do Brasil and Caixa intend to sell only a part of their holdings in the offering, the sources said.

Elo plans to use some of the IPO proceeds to increase its network of issuers. Aside from its three founders, which are among Brazil’s biggest lenders, only a few other small banks currently issue cards under its banner.

The company, with 132 million credit and debit cards outstanding, also needs to increase its acceptance abroad, mainly in Europe and in countries such as Mexico and Canada.

No final decision on a U.S. listing has yet been made, but if it proceeds, Elo would probably also list its Brazilian Depositary Receipts on Sao Paulo bourse B3 SA.

More domestic banks may still join the deal, two of the sources said, asking for anonymity to disclose private talks.

Card payments grew rapidly in Brazil during the coronavirus pandemic last year. The country’s card association estimates card transactions will jump by a fifth in 2021, after rising 8.2% last year.