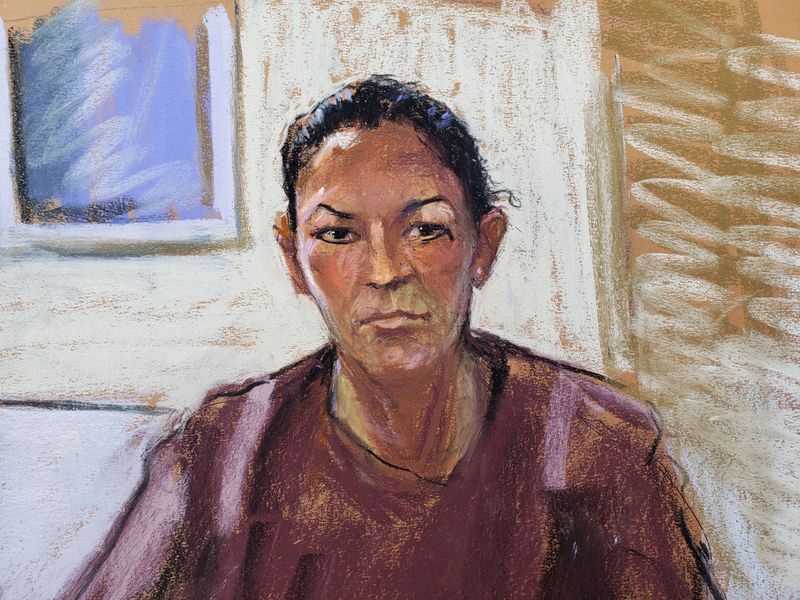 NEW YORK (Reuters) – Ghislaine Maxwell is not to blame for having a dirty jail cell and not flushing the toilet, making it necessary to “flush out” the persistent filth that Jeffrey Epstein’s former associate must endure behind bars, her lawyer said.

The lawyer, Bobbi Sternheim, accused prosecutors of trying to “publicly embarrass and humiliate Ms. Maxwell in the hostile court of public opinion,” jeopardizing her right to a fair trial on charges she enabled Epstein’s sexual abuse of girls.

“To suggest she willingly lives in squalor is absurd,” Sternheim wrote on Wednesday night to U.S. District Judge Alison Nathan in Manhattan, who oversees Maxwell’s case.

A spokesman for U.S. Attorney Audrey Strauss in Manhattan declined to comment on Thursday.

Epstein killed himself in August 2019 in a Manhattan jail after the financier was charged with sex trafficking.

Maxwell, 59, has been housed since her arrest last July at the Metropolitan Detention Center in Brooklyn.

In a Tuesday filing, prosecutors said jail staff recently ordered Maxwell to clean her “very dirty” cell, which smelled because she “frequently did not flush her toilet after using it.”

They said the order was not in retaliation for Maxwell’s having complained about a routine pat-down search.

Sternheim countered that the sometimes “overwhelming” stench resulted from toilets overflowing in a nearby cellblock.

“Due to lack of privacy, Ms. Maxwell refrains from using the toilet in the isolation cell and, as directed by the guards, she flushes frequently to avoid plumbing problems,” she wrote.

Sternheim said inmates, including Maxwell, must drink dirty tap water and are surrounded by mold, vermin, cockroaches and rodents.

She also rejected prosecutors’ assurances that Maxwell, now fully vaccinated against COVID-19, is healthy and not suffering weight and hair loss, and said Maxwell’s eyesight is “failing.”

Maxwell has pleaded not guilty to helping Epstein recruit, groom and sexually abuse three girls from 1994 to 1997.

Maxwell is seeking to dismiss the charges, claiming that prosecutors are scapegoating her and that Epstein’s own non-prosecution agreement covers her.